Here are a few more pictures from my trip to Germany. They’re a mix between pictures I liked for the photo itself and those that are just a reminder of a special time and not necessarily a good photo. Of course, there were many more wonderful events than there are pictures here. I had to make some random choices to slim down the selection. Also I avoided to post pictures of those friends and family members that are not already in the public eye.

It was wonderful seeing all of you, the family and the old friends as well as all the new ones. And I can’t wait to be back – or see all of you in Brooklyn. 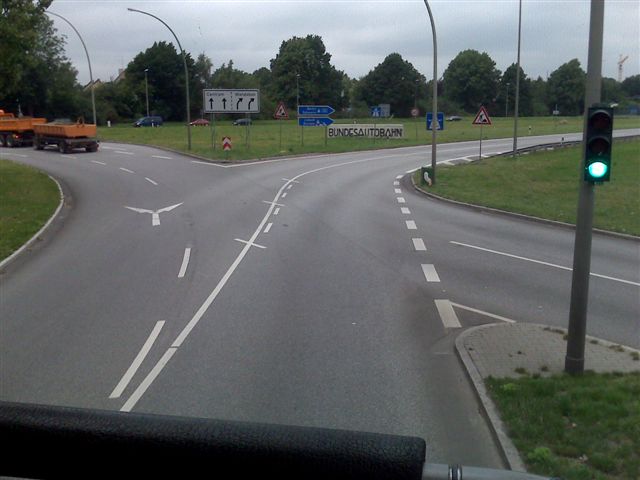 Day 7: As the light turns green the double-decker bus is off to Berlin (I highly recommend the front seats on the top level) 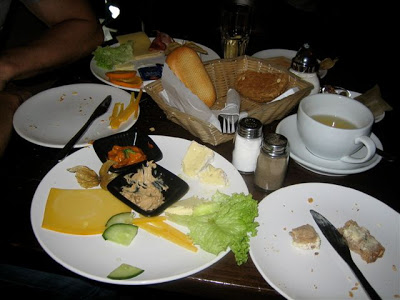 Day 9: A wonderful tradition I partook in several times while in Berlin – Fruehstueck at a cafe. And so good that I didn’t get around to take a picture until we were pretty much done. 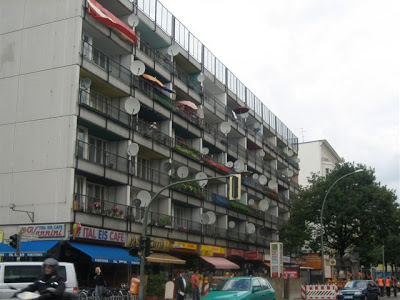 Day 9: Driving and walking around Berlin with Thimo and Marc – looking at record stores, book stores and having a drink at Kakao. And taking pictures of some of the finer achievements of German urban culture. Night 9: After seeing the band Von Luft Und Liebe at Sage, Elke and I wandered around Berlin Mitte and stopped by her store Soma. 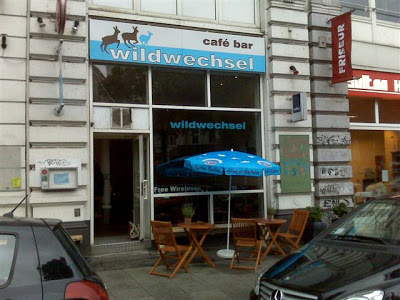 Day 10: Back in Hamburg, Amir and I indulged in the luxury of relaxing for a few hours at Anna’s bar Wildwechsel. A week later I sat with other friends outside at night and witnessed why the bar is called “game path”: sometime in the later evening hours crowds walk by the bar on their way from the bars in the Schanzenviertel to the bars in the red light district (Kiez) just like deer running to a different greener pasture. Day 12: A few days at my parents’ house where I continue to digitize more of my dad’s art work – and catch yet another double rainbow. 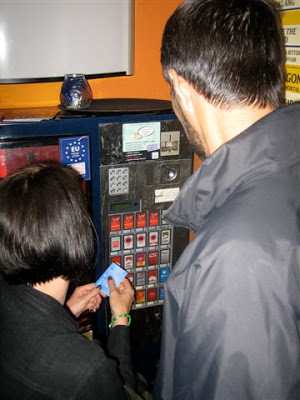 Night 14: Who ever imagined it could be so difficult for a bunch of thirty-somethings to buy cigarettes. But I witnessed this scene several times with different friends. Here Stevie (visiting from London) and Amir fight one of the new cigarette vending machine with age requirement, which has to be proven through a debit card with chip or the European drivers license. Many laughs later the bartender finally gave them a ziggi card that finally made the purchase possible. Day 15: Giddy (also visiting from London) and the Sushi Factory display at the Altona train station. Spending time with Giddy and Stevie, who have lived in England as long as I’ve been in the US, was one of the absolute highlights. 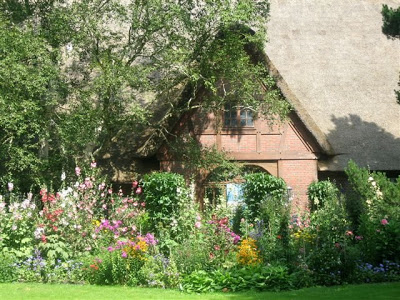 Day 15: And suddenly it was summer. My mom and I enjoyed a gorgeous display of flowers at The Baumpark Arboretum. 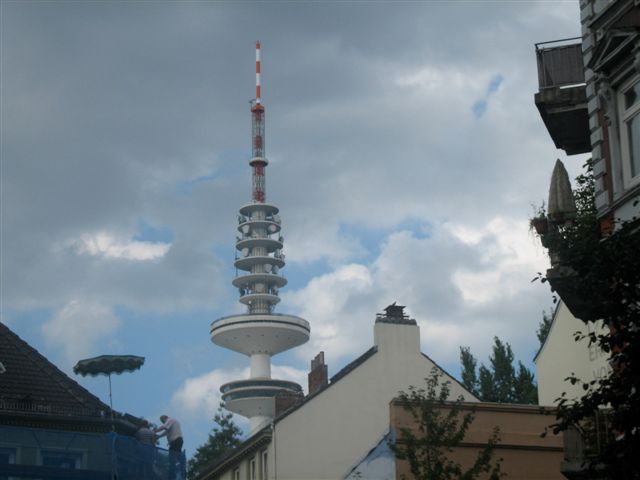 Day 16: Shopping in the Karoviertel. Hamburg’s TV tower and two guys and their sun umbrella looking like an homage to the TV tower. Hamburg balcony culture. 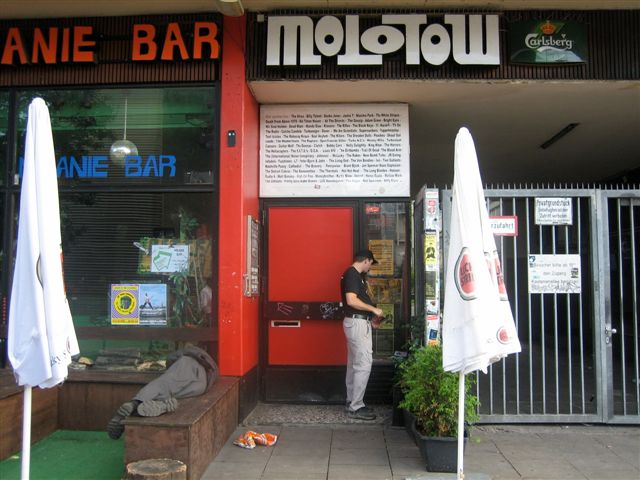 Day 15: Molotow, the legendary club where we used to spend our Saturday nights (after Kir and Kaiserkeller had gotten old). Although most of the time we waited around outside until they wouldn’t charge admission anymore (maybe around 4am?). This picture is complete with a homeless guy sleeping and Erik checking out the calendar. Later that night, while doing a little club hopping, a group of us actually returned briefly to check out the V80 party (only people born before 1980 allowed). Unfortunately the club is soon shutting down for good. Click on the photo to read the list above the door of all the bands that have played in this tiny basement dive. Day 15: As we continued our “Spaziergang” through the borough of St. Pauli I came across this FC St. Pauli sticker on the window of a laundromat. Fittingly enough I had just purchased several bags and T-Shirts sporting the local soccer team’s logo and symbol: skull and bones. (And shortly after I took this picture I drank quite a few Astra, too). 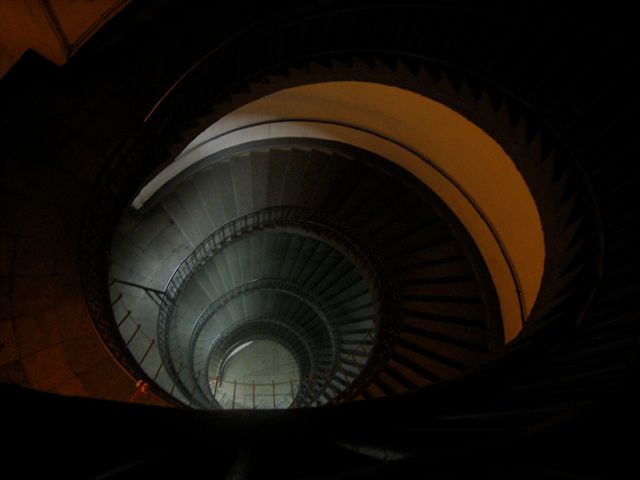 Night 15: As part of our tour through St. Pauli bars and clubs I finally made it into the club “Uebel und Gefaehrlich” and thus on top of the bunker. This is the view down the stairs. 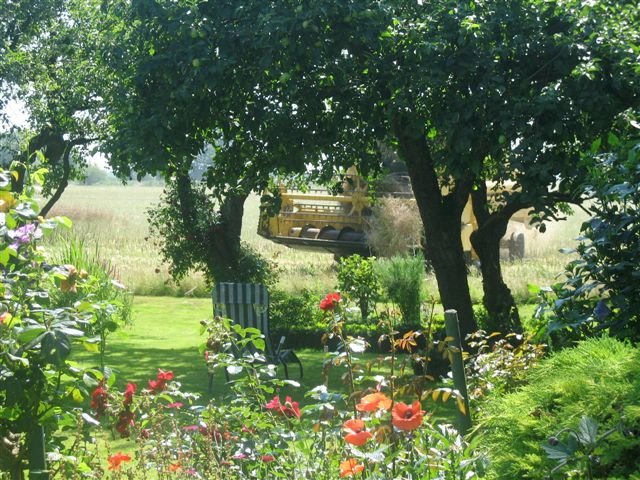 Day 16: A perfect weekend at the Westphal house in the country with the entire family, including some photo ops with the Maehdrescher (harvester). 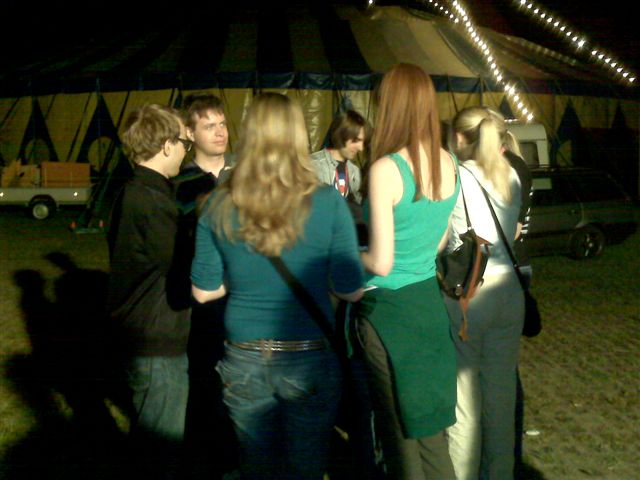 Night 17: As the Wattstock Festival in Brunsbuettel draws to a close, the boys from Radiopilot give autographs. The evening of music, which also included my old friend Justin Balk, and the drive through the country with my brother playing our favorite new music for each other, was a wonderful close to a great vacation/work trip (I actually did work all those days without pictures).

One Reply to “Germany Pictures Wrap-Up”