But after hours of delays due to weather our flight was canceled and we’re now booked on a 10:20pm flight out of JFK airport to Tampa, where we‘re scheduled to arrive around 1:20am.

Besides a fun stop’n’go traffic ride in a cab from LGA to JFK we’ve spend the entire day inside airports.

Of course, we’ve missed all the opening night festivities, which is very disappointing. But we feel lucky that we are getting a flight out tonight at all.

And we’re trying to make the best of it… 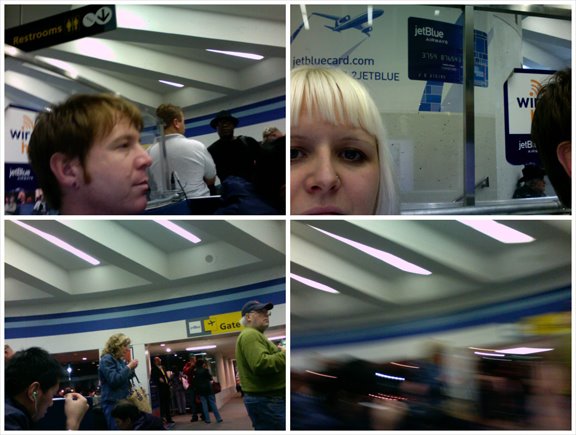