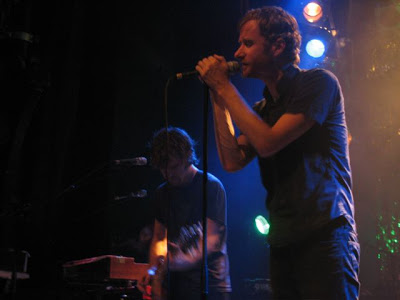 The National at Knust (Hamburg)

On Wednesday night, after just barely missing the closing time of UPS because converting the rough cut to DVD took a few hours longer than expected, I went to the show I had anticipated the most during my stay in Germany: The National (with support Hayden). The DVD being in my bag the whole time I’d like to believe will be good luck.

The show actually went quite beyond my expectation. I just didn’t imagine that they would have such unrestrained energy. The change from high to low was quite a ride. The picture below seems quite mellow but happens to be from one of the more intense pieces during the encore. If you look close you can see singer Matt banging on the ground. 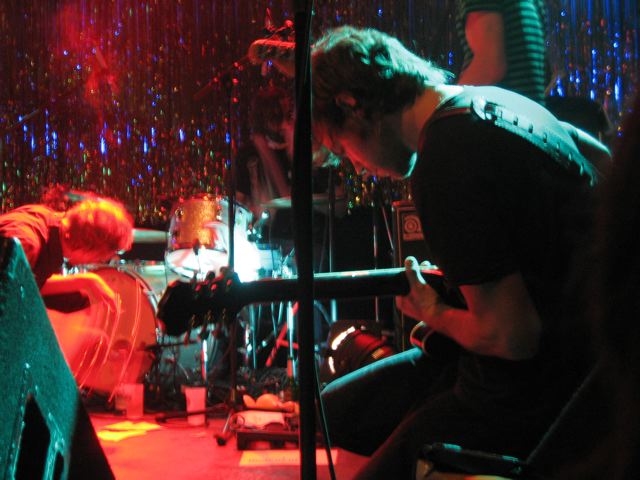 Knust is one of my favorite smaller venue in Hamburg now (aided by the fact that I’ve seen some of my favorites there, The Decemberists and Damien Rice). Nice touch is the bar in the front; inviting enough to make you stick around after the show is over. I ended up hanging out for quite a while talking to some of the guys and their manager, some of whom live in my neighborhood and all of them very nice. Talking about Brooklyn made me realize how much I miss it and that I’m pretty ready to go home. Clearly Hamburg has its advantages, like being able to just meet bands after their shows… (not to mention my family, my friends, the harbor, the cheap Astra…)

To close out my last night in the city I stopped by Meine Kleinraumdisco (my small room disco) where old friend and now DJ Birgit was just playing the last band of the night: Cats on Fire, which apparently she’s quite fond of. 🙂