All Button In is a new band from Berlin. They’re about to release their first album; and to get you in the mood for their witty German-language post-garage-pop-punk-awesomeness, they just published a video I made for them.
Mädchen du siehst aus wie 30 from All Button In on Vimeo.
Or watch on YouTube.
This video was shot with three different cameras (Scott Solary helmed the iPhone 8mm app) during a renegade live tour of Berlin’s Prenzlauer Berg during the Fete de la Musique. Seeing them roll up with an amp in a shopping cart promised that this would be a fun day. All Button In definitely delivered! 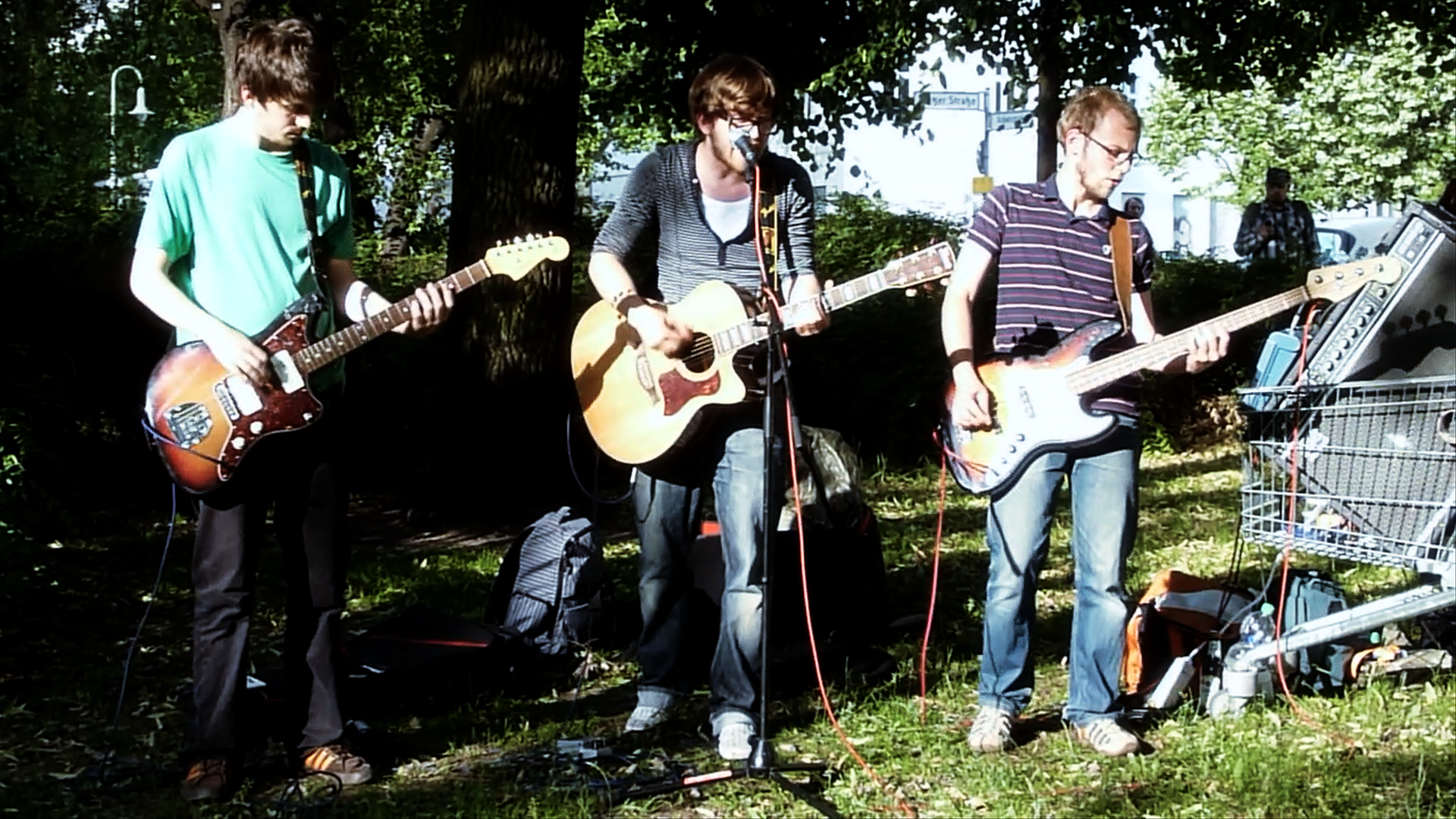 As far as I know this has been their one and only public live performance – and as you can see from the video they drew an impressive crowd.
If you’re in Berlin, don’t miss them playing at the Fete de la Musique this year… as always and all over the world: June 21st!
They plan to have the album for sale at the show. And yes, they’ll be roving again! To keep tabs on where they are, I’d recommend following them on Twitter (and hope that someone will be tweeting updates).
All Button In on Facebook
All Button In on MySpace
All Button In on Twitter