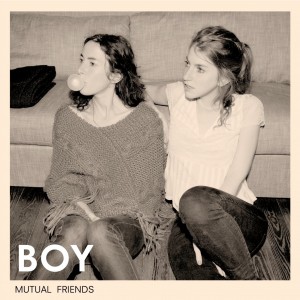 For this rather grey and cool European summer he would suggest the upbeat song “Little Numbers” by new international (was it French and Swedish?) female duo BOY, who will release their debut album “Mutual Friends” in September on the German label Grönland Records.
The music video was directed by Meeto Grevsen.