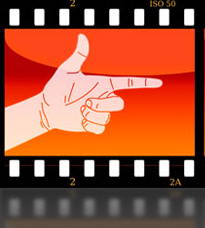 Believe it or not, but on a spur of the moment this Saturday I decided to start yet another documentary film. I began shooting already on Sunday.
This should be a short doc for a change. But I’ve thought that before…

The documentary is about a fascinating collaborative film project called Tag, You’re It! The project was conceived by Brooklyn filmmaker friends (one of which is in the MIH filmmakers’ collective with me) and is based on the Surrealist exercise of Exquisite Corpse.

Tag, You’re It! is a project that explores how the exquisite corpse experiment could be applied to film making. In 2008 a group of film makers will come together to create an exquisite corpse film, collaboratively creating a feature film. Each team will create a 4-5 minute segment on film or video. When they are finished they will pass the last minute of their film to the next team, along with a collection of headshots of the actors involved, and a prop or object featured in their segment. No other information will change hands. The next team must incorporate one of these elements into their piece and will have 2 weeks to write, cast, shoot, and edit their segment. […]

Tag, You’re It! will be kicked off at the 2008 South By Southwest Film/Music/Interactive festival. A March 11th panel will discuss the challenges presented by collaborative story creation. Issues of ownership, creative control, traditional story structure, and what happens to all of these when they are shattered by an arbitrary set of rules that mandate surrendering control.

Originally I was planning to be one of those collaborative filmmakers and direct a segment to be included, but then I decided to make an independent documentary about all the makers and the process instead. It was a bit of a tough decision because by documenting everything and having insight into all the different segments, of course I couldn’t be one of the filmmakers myself (or I would know too much, defeating one of the purposes of the exercise). But I just couldn’t let this opportunity slip by to explore and capture all aspects of such an exciting art project and therefore gave up the opportunity to be one of the actual filmmakers participating.

If you’re interested in applying to be one of the filmmakers feel free to contact me at this point and I will pass on your information. And as soon as the website for Tag, You’re It! is be up I’ll post the link and the official email address here.

This past weekend the executive producers of Tag, You’re It! shot the first/opening segment (the only one they will have creative control over). All four of them have been collaborating for a while as the company Small Media XL, creating among other videos the viewer-participation online show podOpera Brooklyn.

So the actual Exquisite Corpse Film Project has begun…!