It’s been almost a month since I’ve last blogged. Fortunately for me it’s been mostly good stuff that’s kept me from typing – good fun and good work.

A day-trip to the sculpture park Storm King: 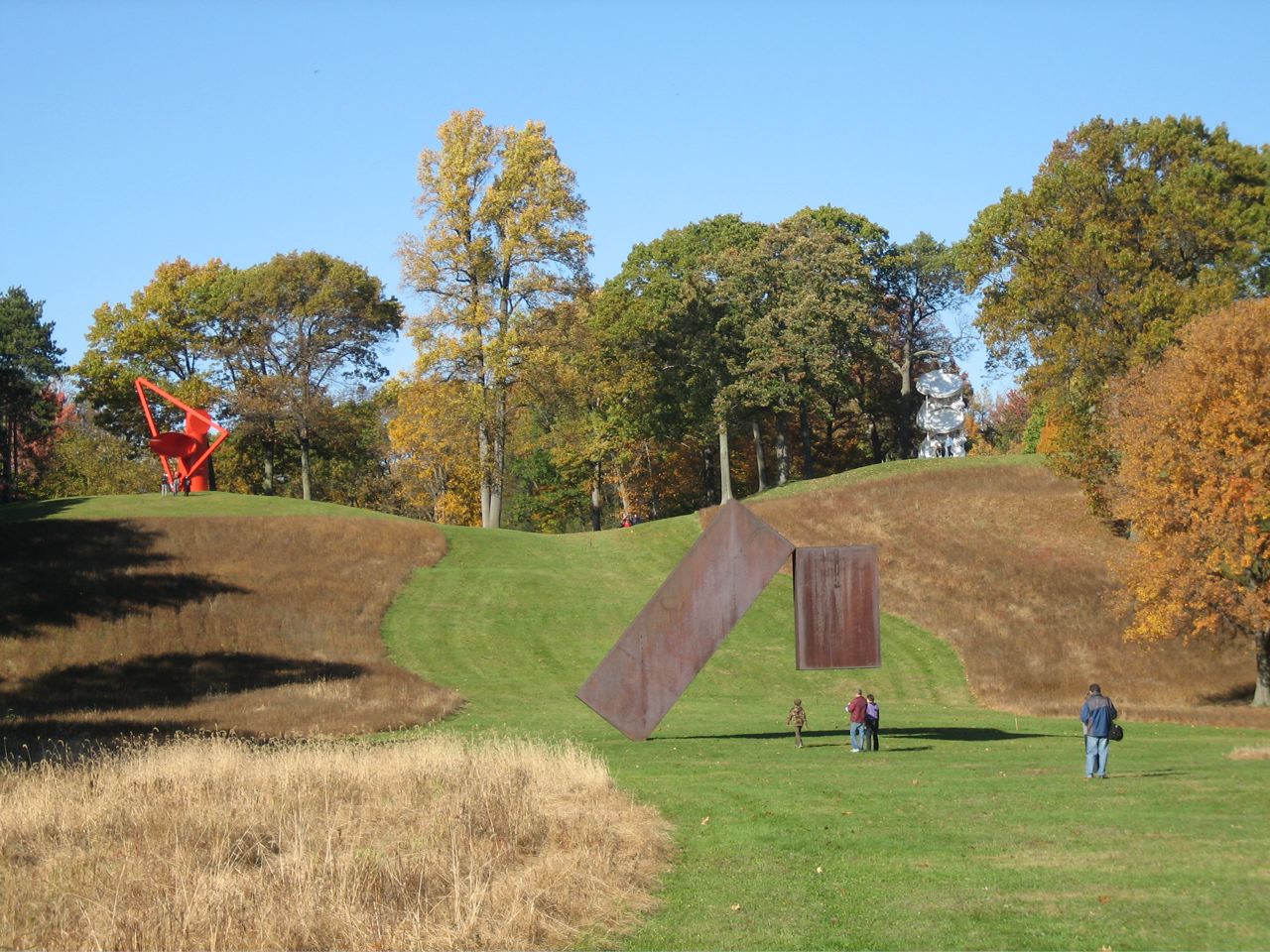 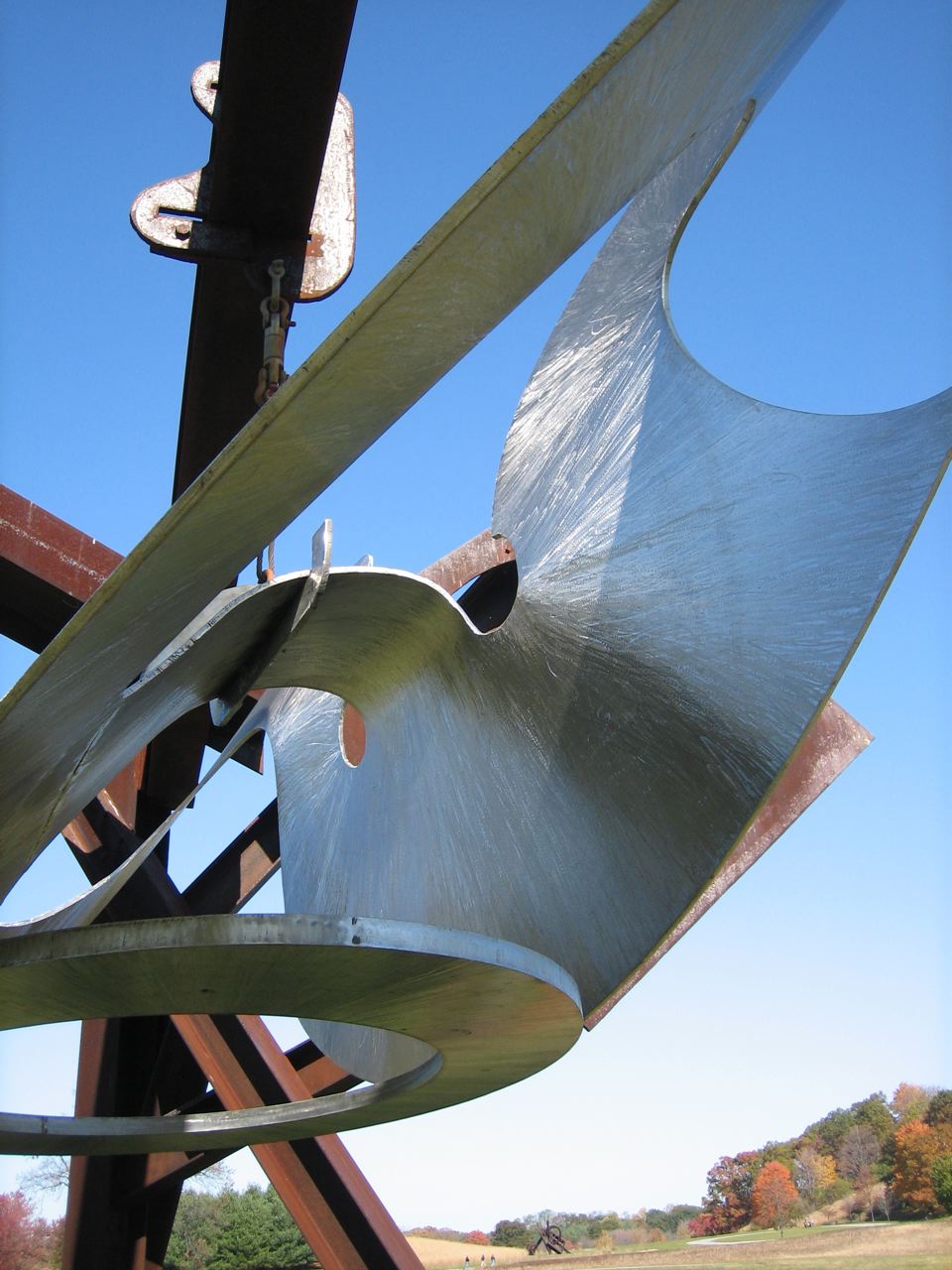 One weekend I spent in Woodstock with Scott and friends – a highlight was hiking up Overlook Mountain: 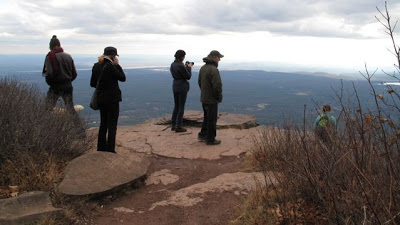 Nick, me, Dany, Aaron, Lindsay (photo by Scott)
I’m on the phone trying to reach my family in Berlin since on top of the mountain seems to be the only place with decent reception – they didn’t pick up

The next weekend I spent in Montauk with a different group of friends to celebrate Jessica’s birthday: 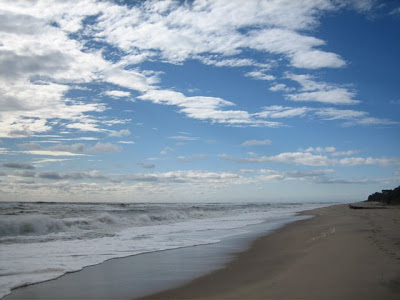 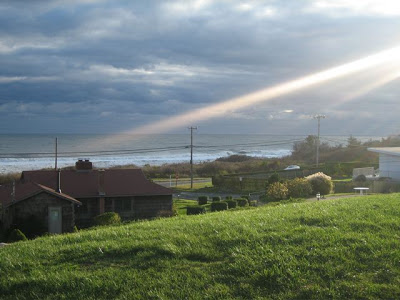 The view from one of our two cabins 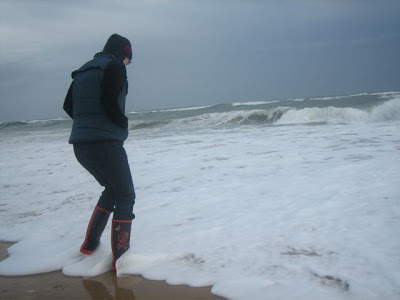 I read Charlaine Harris’ Southern Vampire Mysteries / Sookie Stackhouse series (8 books so far, 9th coming in May), which is the basis for the HBO series “True Blood”. Considering that they are a an enjoyable featherweight, reading all of them in a few weeks is not an accomplishment – the fact that I’m publicly announcing that I read authors besides Kafka, Goethe and Hesse, of course is shocking. 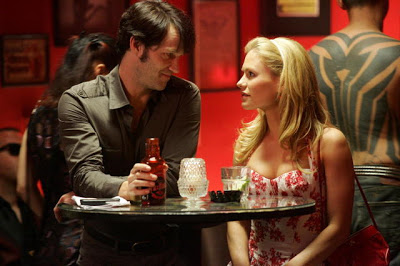 Since I’m not a big fan of the books’ covers, here’s instead a picture of Stephen Moyer (not to be mixed up with talented cinematographer friend Steven F. Moyer) and Anna Paquin – as Vampire Bill and Sookie in “True Blood”.

On that note, I was quite impressed by the pre-launch marketing campaign, complete with fake TV ads on HBO for the blood-like beverage TruBlood and several “private” blogs and YouTube videos, which made it look like the events of the upcoming (but never mentioned) HBO show were real; i.e., vampires do exist and are slowly coming out in public due to the invention of the new drink.

On the work front, we kept on pushing despite crashed hard drives, computers sent off for repair (and coming back un-repaired but bent – thanks, Apple), glitches and other random tech issues and finally were able to send off the master DVD of All God’s Children for replication… it should be for sale by the end of the month!

And now, at last, I can dedicate my time again to editing All’s Well and Fair, which I need to get back to RIGHT NOW.