Skip to content
Tweet
Share
Share
Pin
Share
0 Shares
Hopefully the absurdity of me writing in English about something that is currently only available in German will not be too distracting. I’ve just decided to stick with the more inclusive language I always use here.
But maybe that conundrum is even fitting, because the person I want to write about lives in California, yet creates an online show that is available only in German.
Over the last few months I’ve become a huge fan of the YouTube channel FilmKritikTV, where German Franc Tausch brings us reviews and trailers from the latest Hollywood films and a few art house releases – as they become available in Germany. 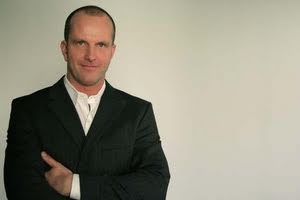 His reviews are usually just around 3 minutes long, including clips from the dubbed German-language trailer of the film. He is very knowledgeable, not only about the content and quality of films, but also about some of the going-ons behind the scenes.
He’s got a very likable personal approach on camera and fortunately doesn’t hold back with his own subjective and personal opinions.
In true interactive (YouTube) fashion, he closes most reviews with a question to the viewer, who is supposed to answer in the video comments. Because Franc, who for many years worked as a journalist, host, speaker and actor in Germany, now lives in Hollywood, he signs off every show with a charming “Tschüss aus Hollywood”.
Something else I’ve come to appreciate is that he actively engages with his audience in the comment section and also watches other people’s videos, including a few of my minutes.
As far as I can tell he’s a one-man operation; watching the film, writing the review, filming, editing and publishing and promoting online. While I also love shows with a slicker look, a fancy animated opening and a nice background, I really do admire that Franc seems to be doing all of this on his own without any snazzy distractions – but instead gets right to the point: excellent film reviews.
Needless to say, I’m really sorry that you non-German speakers miss out on his reviews. For a while Franc was also doing English-language reviews on the MyMovieReviewTV channel… maybe one day he’ll be able to get back to it. I would definitely watch those too.
Review for The Fighter
Review for Biutiful