Watching the FIFA Soccer/Football/Fussball/Fútbol/etc. World Cup in Germany is best done outside. It seems that every bar, cafe, restaurant and public place has a TV or projection screen outside. This means you don’t have to miss a match while enjoying the gorgeous European summer. It also means you can’t really escape it. Best to embrace it.

This past Saturday, Jessica (visiting from Thailand) and I watched, worried, hollered and jumped around with the masses at the Schulterblatt in Hamburg’s Schanzenviertel neighborhood as Germany beat England 4:1 – allowing Germany to move up to the next round where they will now meet Argentina this Saturday.

It is still strange for me to see a bunch of German flags and other decorations and outfits in the nation’s colors. This is not because I’ve been living in the US for so long, but because up until the 2002 World Cup in Germany, Germans didn’t really do that. The shame we carry from the events of the Third Reich still weigh so heavily on most of us that signs of national pride have mostly been considered to be offensive or embarrassing. I’m not sure if the ability to begin embracing the national identity is something that has to do with a generation walking around that has no personal connection anymore with anyone who was alive during the 30s and 40s or if just enough time has passed since the horrors of the WWII.

But I still have mixed feelings about excessive displays of national pride. It’s nice to think we don’t have to be ashamed of our own country for something that happened several generations ago. Don’t all other nations wear their colors with pride? And in Germany it still only seems to happen during the two big soccer tournaments. On the other hand, something about people yelling “Deutschland!” and waving flags makes me feel quite uneasy. Of course, I feel slightly similar when people of other countries show excessive national pride. I prefer to think we’re all equal and no country or people are better than any other. Unless we’re talking Fussball… because that’s where Germany obviously rules!!! 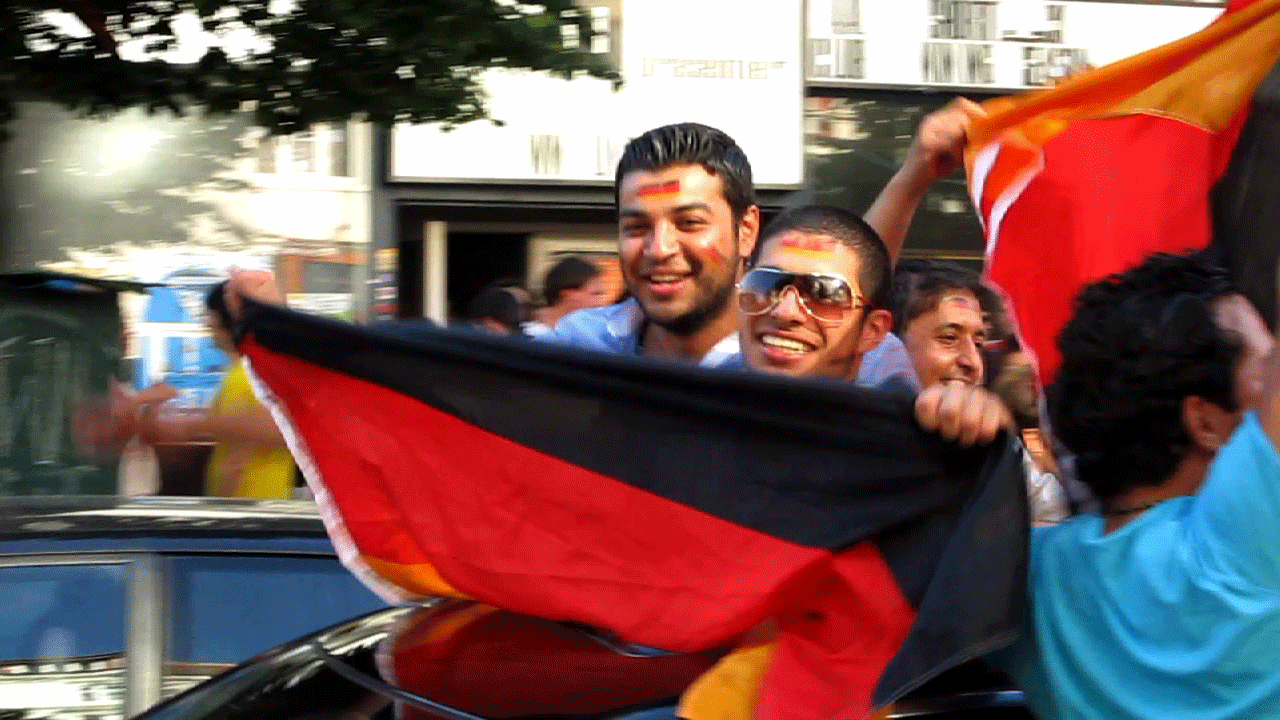