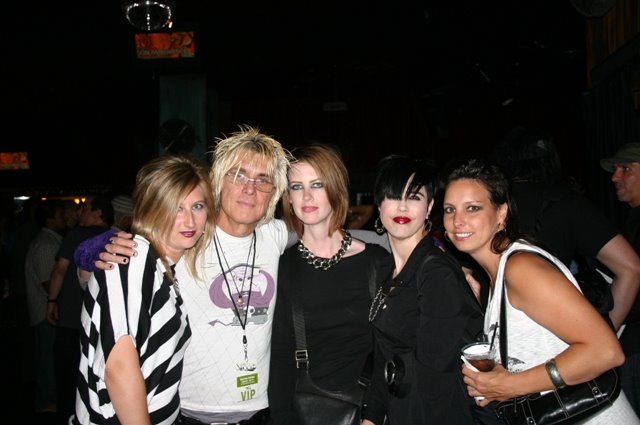 This summer Girls On Film recorded their new album at Satellite Park Studio* with legendary producers and musicians Geza X and Paul Roessler.

Rio, singer for Girls On Film (and long-time friend) posted a day-by-day account of their two weeks in California, including many photos. It’s a very fun read and gives interesting insight into the recording of an album – Girls On Film style.

I cannot wait to hear the new songs! Rio in the studio
(Photo courtesy of Girls On Film)

* One of my favorite albums, Elliott Smith’s “From A Basement On A Hill”, was recorded there.