Skip to content
Tweet
Share
Share
Pin
Share
0 Shares
This is the last time, I’ll milk some of these songs for a Music Monday posting.
Out of the 90 songs I had collected for my four 1/4 of 2010 Mix CDs, I just put together the usual two year-end mix CDs, one Up, one Down (kind of based on mood).
In this case I think I kind of did it with one eye closed. Because there were so many great songs, I tried to stick to the “only one song per band per CD” – when really I would have liked to include the entire The National and Arcade Fire albums and several songs by jj and Standard Fare and…So maybe they’re not exactly my favorites – but they are some of them.
If you want them, you know who to ask. 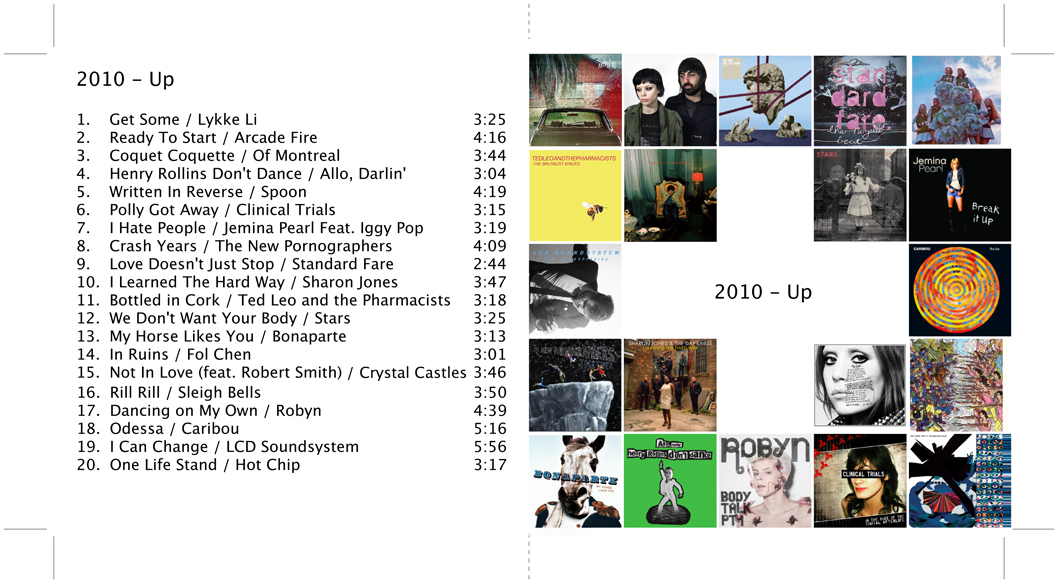 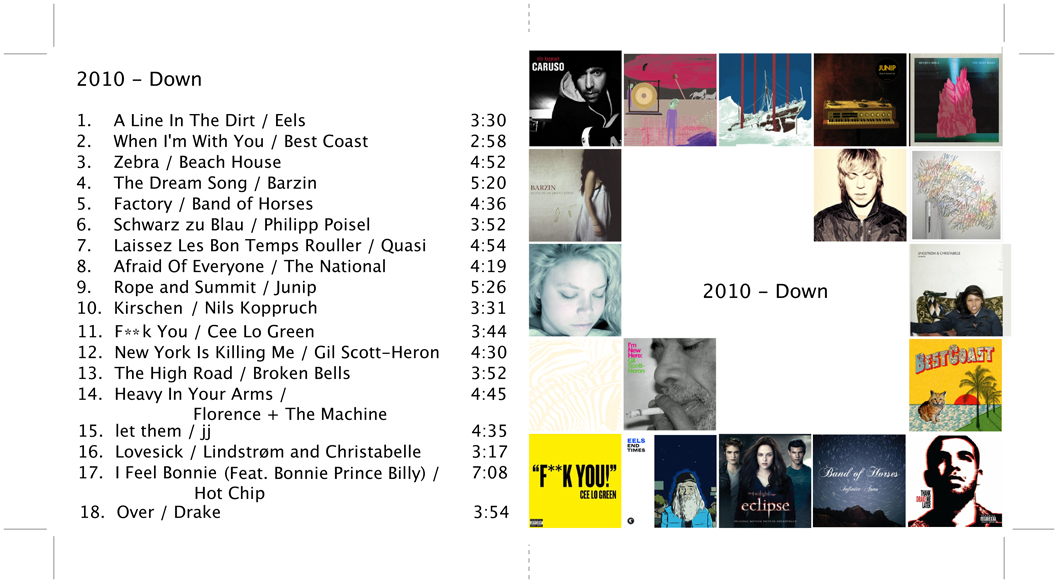