Skip to content
Tweet
Share
Share
Pin
Share
0 Shares
Someone may have noticed that there hadn’t been a MusicMonday post in a while. In the last two weeks I’ve been quite busy with moving (another place in Berlin – Mitte), traveling (Barcelona and Hamburg), working and also going to quite a few concerts or should I say “live music shows”.
Something that three of the shows I saw this month had in common was that the emphasis seemed to be possibly less on the actual music and instead more on the performance: on the acting, the dancing, the art direction and the costumes – or the lack of costumes. 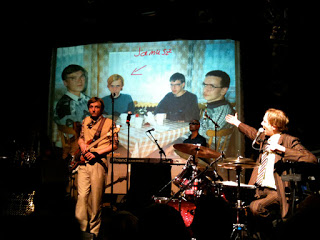 This past weekend in Hamburg, my old school friends Frauke, Cordula H. and I happened to get three last-minute tickets to the sold-out show of the absolutely non-pc Der Familie Popolski, a supposedly Polish family band that claims that they are responsible for the majority of pop songs – songs which allegedly had been stolen from them and re-arranged. In other words: you could imagine this as a farcical version of a band like Nouvelle Vague (Bossa Nova versions of 80s wave songs sung by female French singers) – except for the Polish accents, the Polka beats, the overdrawn costumes and all the “vood-ka” drinking.

Fun times, although in this case to me the banter and the slide shows were definitely the most entertaining part of the show, which might explain why they’ve had a popular Internet show and quite some success on German TV – but may not be up very high in the music charts.

The first episode from Der Popolski Internetzshow:
“Sexy Bomba” by the Popolskis on Ina’s Nacht:
And for good measure the song where shy Janusz takes off his shirt: “Cherry Cherry Lady”
The previous weekend, I had booked my flight from Barcelona in time so that I could be back in Berlin to witness Bonaparte do their “Circus Show”. In Germany, Berlin-based band Bonaparte (headed by Swiss singer Tobias Jundt) has become quite the media darling. And if you ask me, rightfully so. Their music is very catchy and great for dancing and yelling along: “Do you want to party with the Bonaparte?” But they are probably just as well known for the non-musical performers on stage (who disappointingly to me didn’t actually do anything resembling a circus performance – but instead acted and danced their way through songs), a very inventive mix of changing costumes (the famous fluffy cat-eared hat, the horse head, the plastic wrap, etc. – all of which reminded of a ragtag fleabag circus troupe, a high school theater group or, of course, a gang of somewhat burned-out Burning Man enthusiasts)… and eventually the full-nudity of a few of the performers.

Here’s a live clip of Bonaparte (band and non-musical performers):
The official video for “Boycott Everything” by Bonaparte:
Still my favorite in the mix was the fully staged, choreographed and art-directed show “Peaches Does Herself”, which celebrated the 10th anniversary of the first album (“Teaches by Peaches”) by Canadian-born, Berlin-based electronic music artist and DJ Peaches. 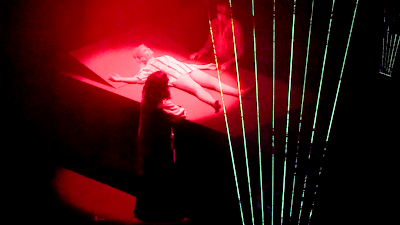 The show tells a comprehensive story of a woman going through a sex change and looking for love – all through the use of various songs by Peaches and very effectively staged with great attention to detail, well-designed costumes and sets and choreographed and performed by talented dancers and actors with humor and sass. It became obvious that this was a production by gifted and hard-working people. Of course, I can’t ignore the fact that the themes of many songs and the show might be upsetting to some (although apparently not to Peaches’ parents who came on stage in the end and even hollered lyrics into the mic, which was such an endearing moment) – and that there is quite extensive nudity.

Watch an official behind-the-scenes video for “Peaches Does Herself”:
Here is a NSFW clip of a scene that features the nude and quite stunning Hermaphrodite (or transsexual) – who seemed to be both a perfect-looking man and a perfect-looking woman and a talented ballet dancer. The clip also features Peaches in her not-so perfect looking Hermaphrodite outfit and another gender-bending performer.
Official video for “Talk To Me” by Peaches (one of the more “general audience appropriate” songs):
I’ve enjoyed each of these quite varying and entertaining performances. But my heart also beats for the straight-up “we’re going to give our best to just play the songs you’ve been waiting for” of Tocotronic, the fourth act I saw recently. (Although they didn’t play one of my old time favorites “Wir sind hier nicht in Seattle, Dirk”) 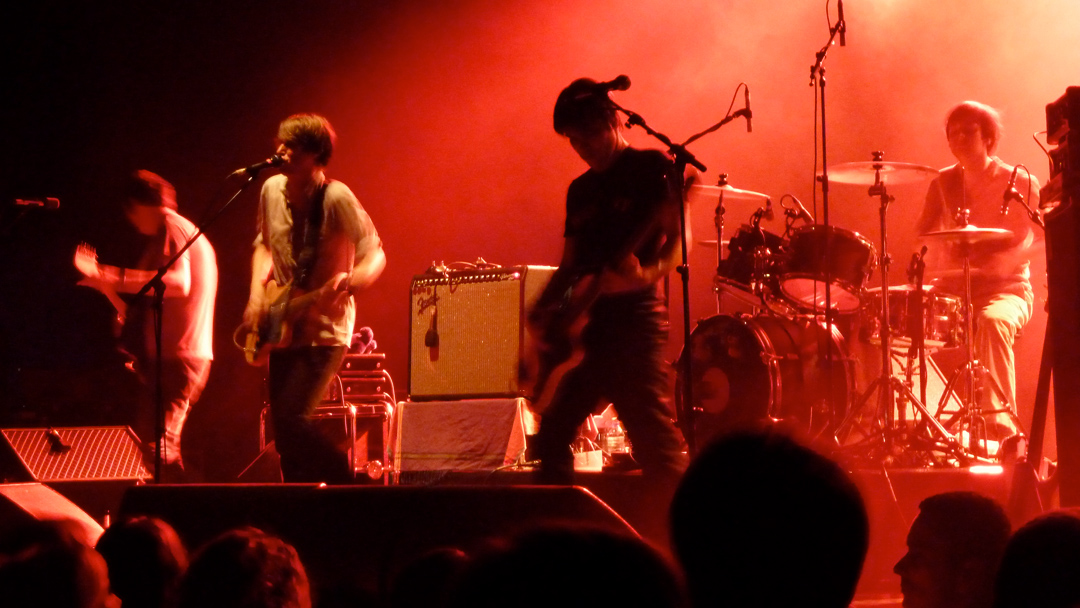 Tocotronic at Columbiahalle, Berlin
The chance to see South African Die Antwoord I skipped out on. It’s not quite my thing. My friend Elke however confirmed that I missed (one of?) the best show ever.
This week I’m looking forward to a probably performance-heavy M.I.A. (if I still manage to get a ticket) and probably more music-heavy Interpol (I still have an extra ticket for sale…).