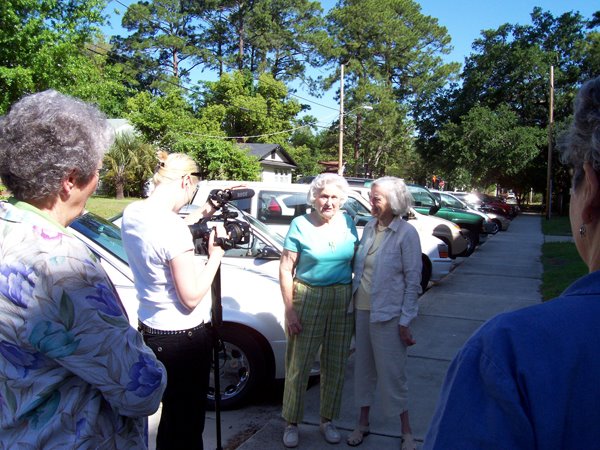 Iva, at 86 the oldest of the five women featured in my work-in-progress documentary “Five Sisters”, recently wrote a column, which was featured on the Jacksonville Times Union blog called “I’ve Been Thinking…” – a very charming and personal column usually written by her daughter Paula Suhey.

Iva titled the post published on April 27th “… Not Too Old”. I think a lot of people will be able to relate to her sentiment of enjoying life and what it has to offer despite some of the limitations that age may bring.

Iva is quite an inspiration as she explores new ways to communicate, socialize and explore the world – in her own words:

I now feel that God has given me a new ministry of encouragement since I joined Facebook and USNEWS/HEALTH via the World Wide Web (yes, I am a great grandmother and I spend much time on this computer).

Needless to say I’ve very much enjoyed having her as a facebook friend.