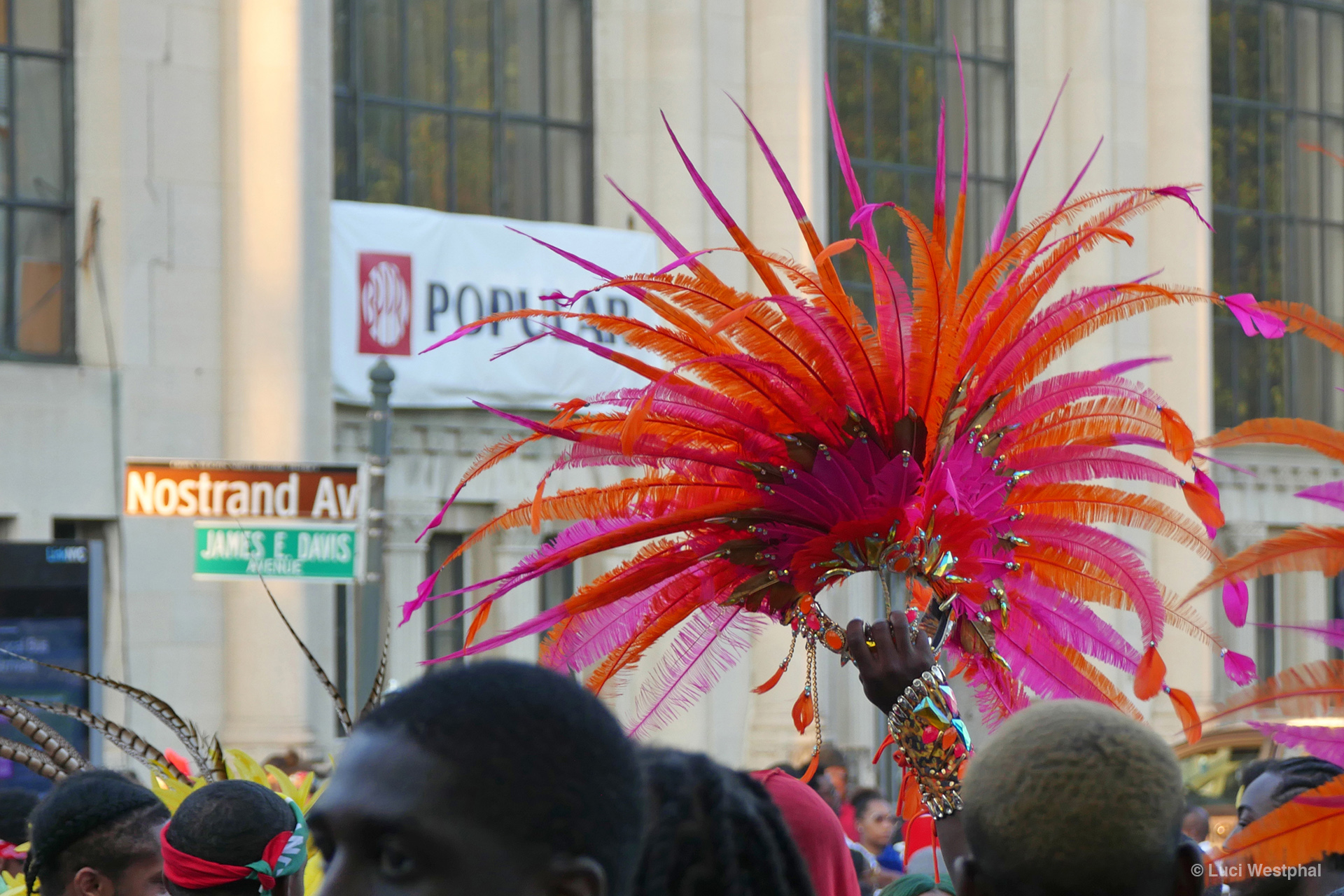 On Labor Day, I happened to come back into Crown Heights (Brooklyn), just as the West Indian Day Parade was winding down. While my friend Erica and I had been out in overheated and somewhat deserted Bushwick taking photos of street art (and cooling off with tacos and beer under a mind-blowing collection of velvet paintings), people on Eastern Parkway had been showing off colorful costumes, dancing and playing music, eating Caribbean food and not minding the huge crowd.

Pulled in by the music, the smells of grilled food and the sense I might still grab a good photo or two, Erica and I walked the short block from her house to Eastern Parkway and were not disappointed. Of course, watching and participating in the actual parade would have been fun, too. But to me there’s something even more intriguing about the aftermath, when “the make-up has worn off” and the afterglow or exhaustion come to the foreground.

Here are a few photos from the parade route and side streets taken as the last float came down the parkway closely followed by the clean-up crew. 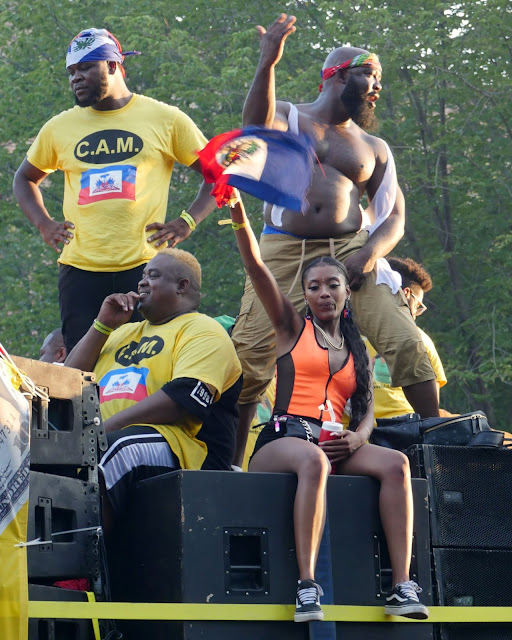 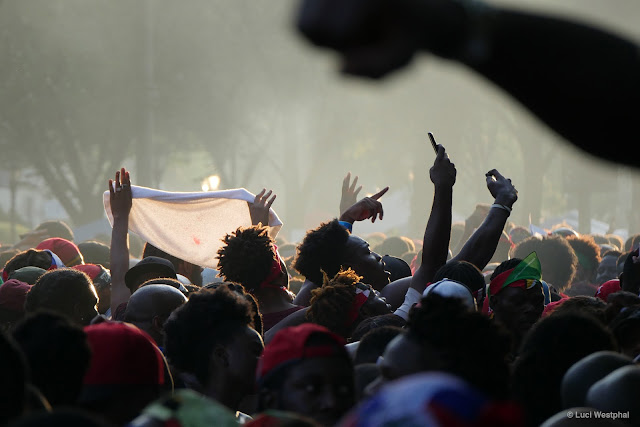 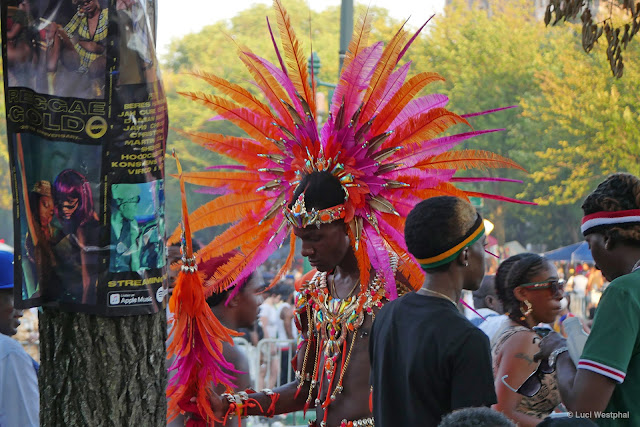 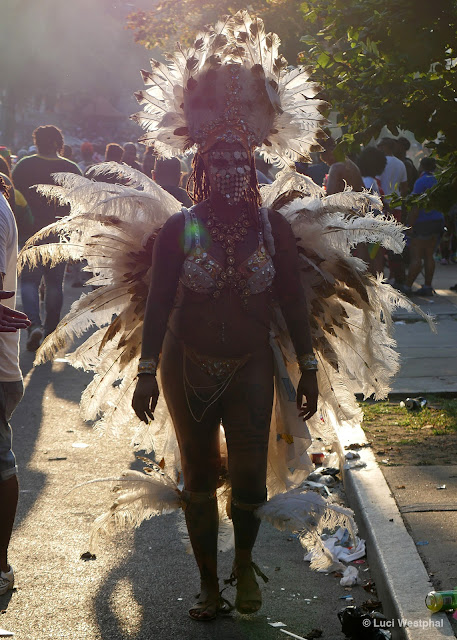 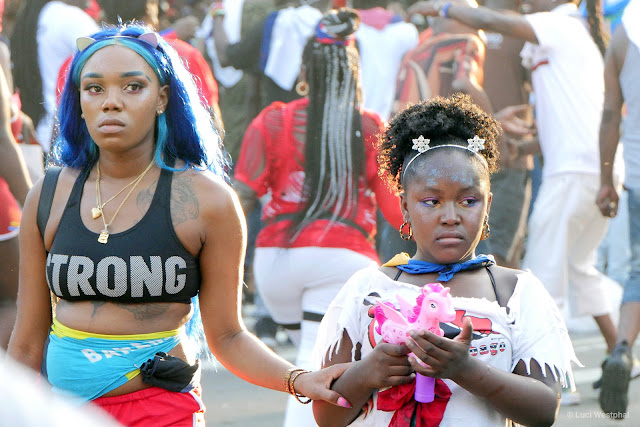 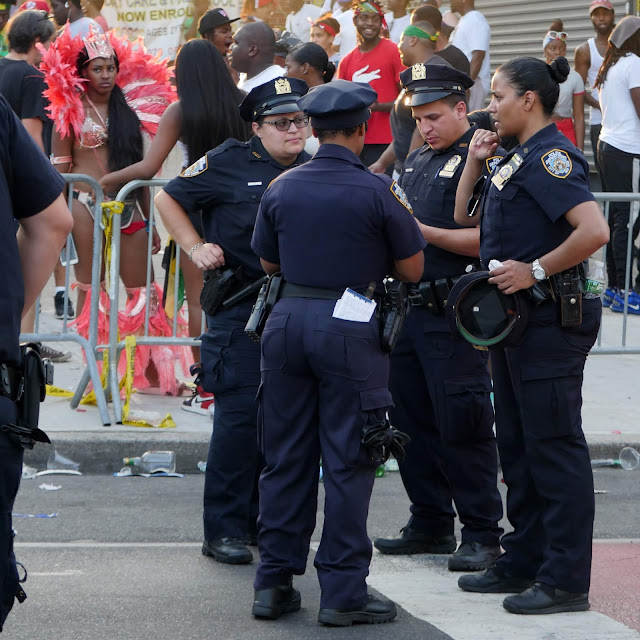 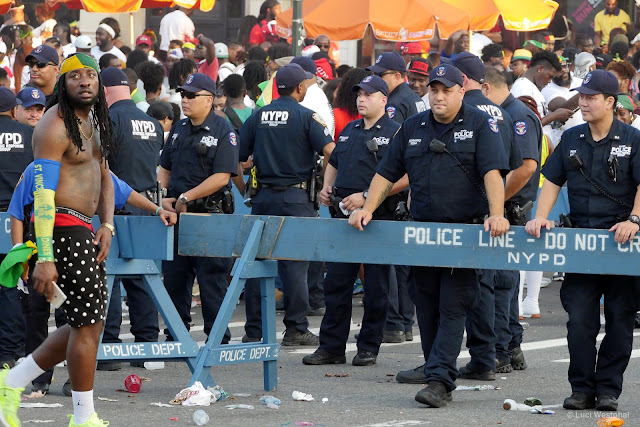 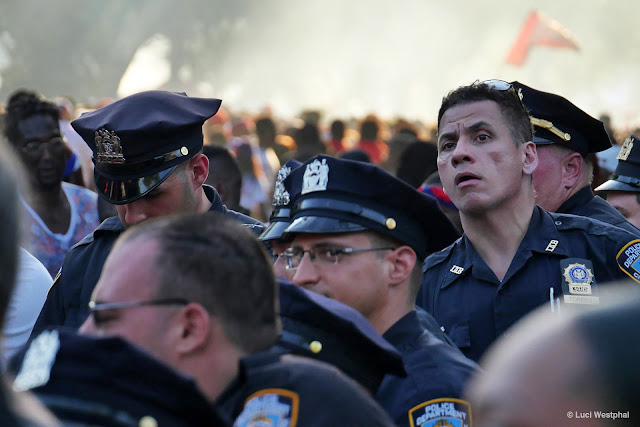 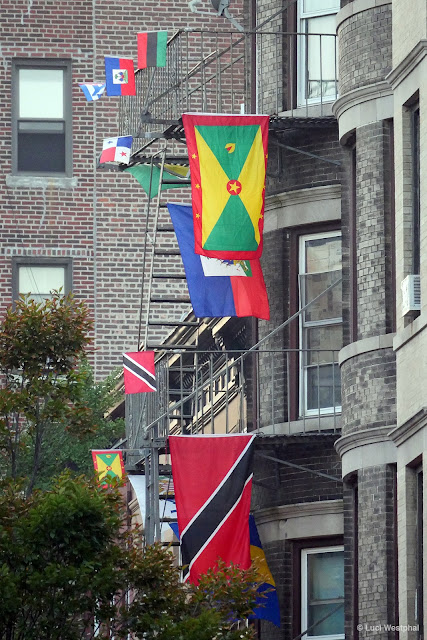 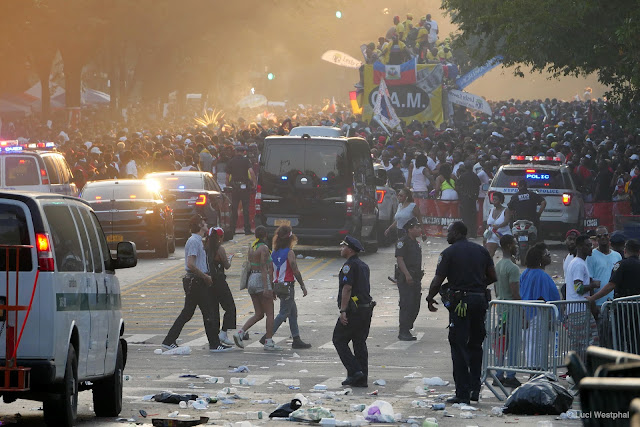 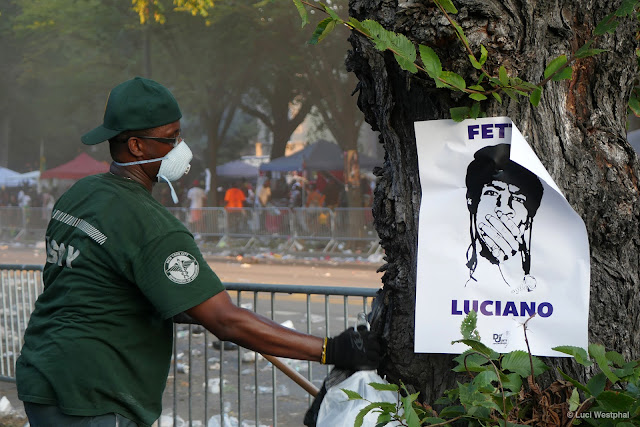 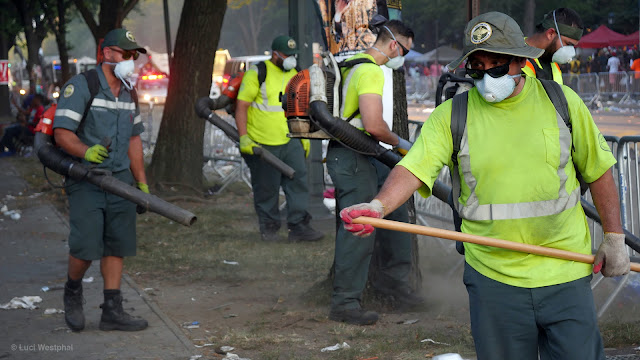 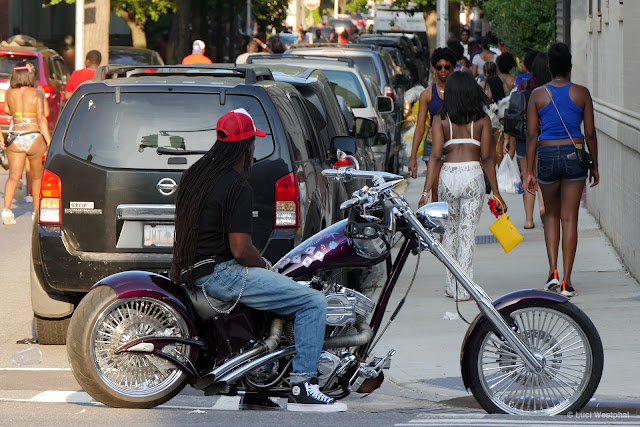 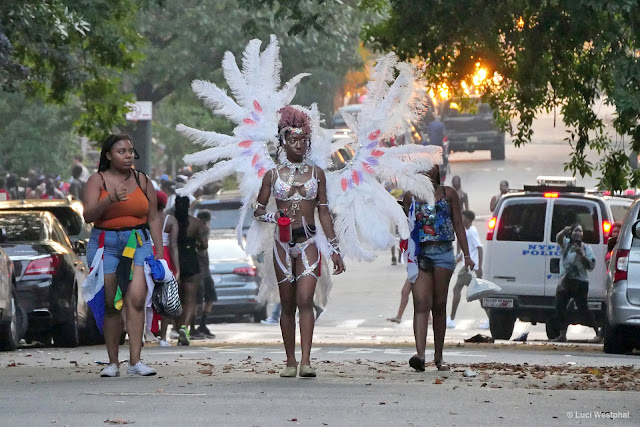 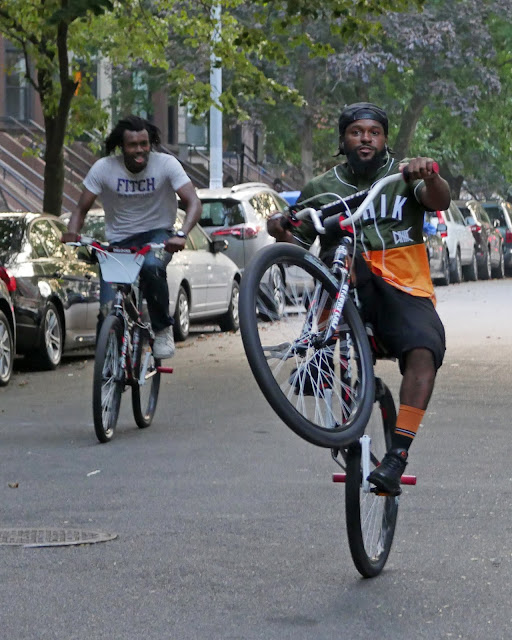