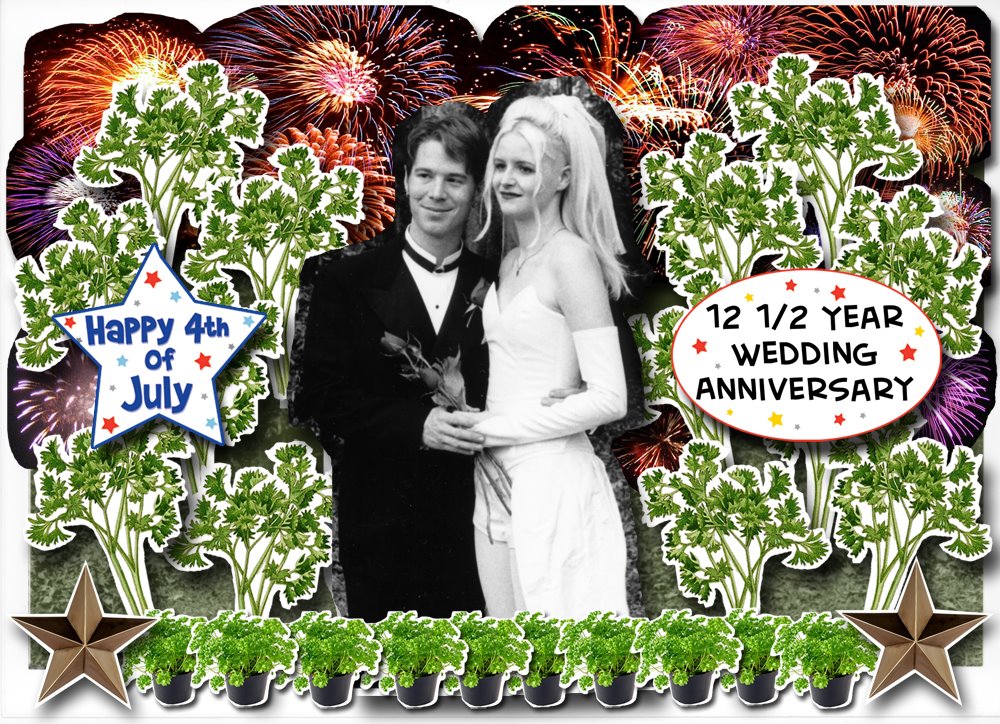 On a personal note – and in somewhat Good Hard Working People related news, since we work on a lot of the projects together: today is Scott and my 12 1/2 Year Wedding Anniversary.

And yes, this is a real anniversary that people celebrate – at least in the Netherlands and maybe in Germany. It’s considered the parsley and sometimes the nickel (metal, not American coins) anniversary.

Since this week is also the 4th of July and we usually have a garden party – we’ve decided to combine the events and celebrate with a late afternoon BBQ and fireworks provided by the city of New York.

The picture I created for the invitation. And if we know you, you live in New York and haven’t received the invitation details, the email might have gone into your spam folder or for some reason I didn’t have your email address. Please get in touch via Facebook or email.