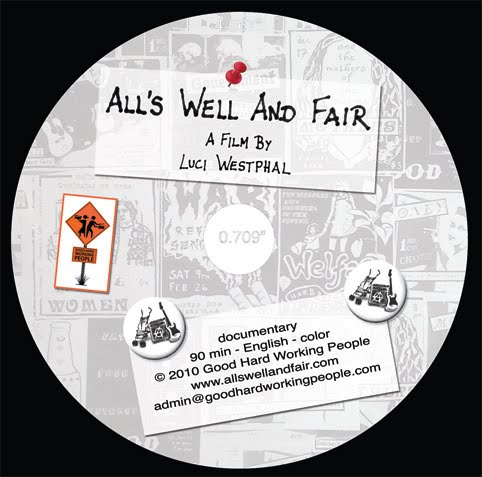 DVD label art
This week we officially finished my new documentary All’s Well and Fair. After Tom finalized the sound mix and I tried to even out color and contrast, the last steps were: creating a DVD menu and a DVD label and making a master DVD to drop off for duplication. 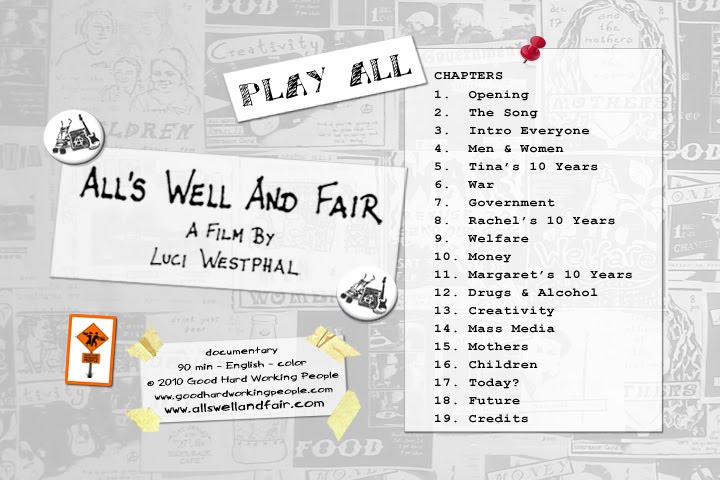 DVD menu
Just like with our All God’s Children screener DVDs, we used RL Labs, who provided a very quick turnaround and delivered a great product (and who do some of their sales through their miniature trains store!). I now have 100 screener DVDs of All’s Well and Fair! 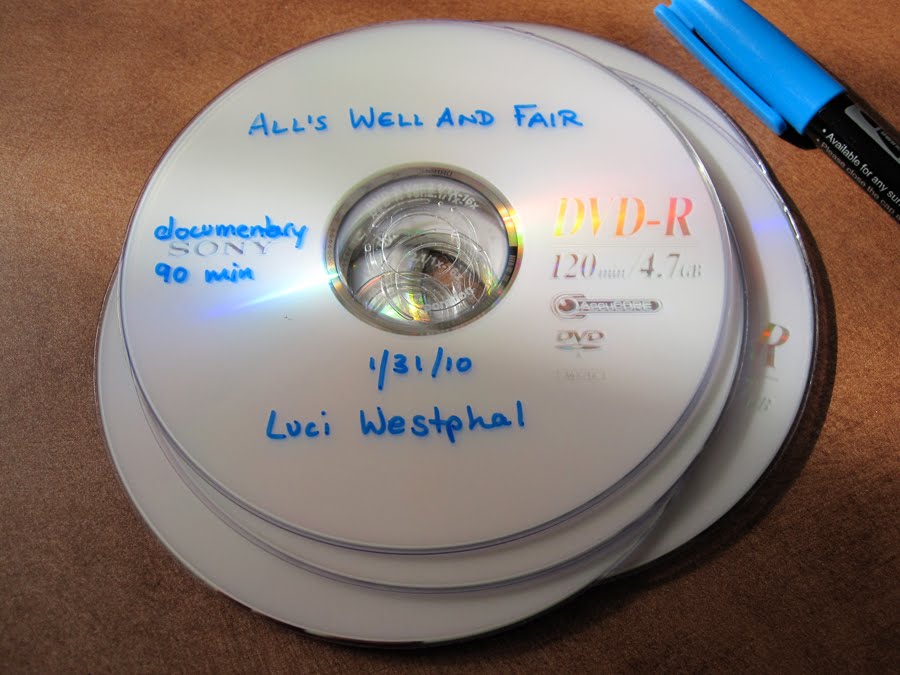 And what will I do with 100 DVDs? Do you get one?
Not quite yet.
These are just the promotional screener copies, that are mainly used to show the film to festival programmers, press, distributors, sales agents and anyone else who could help get the film out to a wider audience. So if you’re any of those people, please let me know (info [at] allswellandfair.com) and I’ll send you one. Otherwise, I think it’ll be much more exciting for us to watch the film together at a screening in the near future. And then you can get the DVD when there’s an official for-sale broadcast/ DVD release.
Talking about DVD duplication, festival submissions, promotions, a premiere screening and making a final master for the broadcast/home DVD version… all those things cost money. While it would be nice to think that a distributor would one day pay for a final color correct, uprez and DVD replication, to get to that point everything else we’ll have to pay out-of-pocket, out of an empty pocket. So I’m back to fundraising again (In 2007 I received a grant from the Jerome Foundation).
If you can, please support this film with a donation – any amount will help tremendously.
To give you an idea of some of the costs:
Sending DVD in the mail with delivery confirmation: $2.53
Submission fee per festival: $35 – $150
Duplication of 100 DVDs: $185
Final color correction: $3,000
As with All God’s Children, everyone who donates gets listed in the credits of the final for-sale version. Everyone who donates $100 or more, will receive a DVD of that version (make sure you leave your address). For larger donations, you can donate via our fiscal sponsor, International Documentary Association [ida], so that you can claim the donation for a not-for-profit on your 2010 taxes.
To donate through paypal:

Big thanks to Sean Tice (Varsity Productions), Stephen Samaniego and Louisa Bonny for donating this week! You rock!