There are about 2100 bridges in Berlin – crossing streets, train tracks, and waterways. For this 1-minute video I wanted to show you just a few special bridges crossing the Spree River (and its side arm) and the Landwehrkanal.

The Oberbaumbrücke in the beginning is probably most people’s favorite Berlin bridge and I’m thinking it deserves its own video one day. I filmed that one the previous week when my mom and I went to film the East Side Gallery.

Filming that bridge and an online conversation with Inge Preuschoff-Perrier (aka MUEHLENinEUROPA aka PreuschoffPerrier) spurred the idea to go out with Judith on last week’s gorgeous Sunday to capture more of Berlin’s bridges.

On Monday, under grey skies, I went back out to finally find Berlin’s oldest remaining bridge: the Jungfernbruecke (Maiden’s Bridge), which also led me to discover the Gertraudenbridge (or Rat Bridge as I like to refer to it). 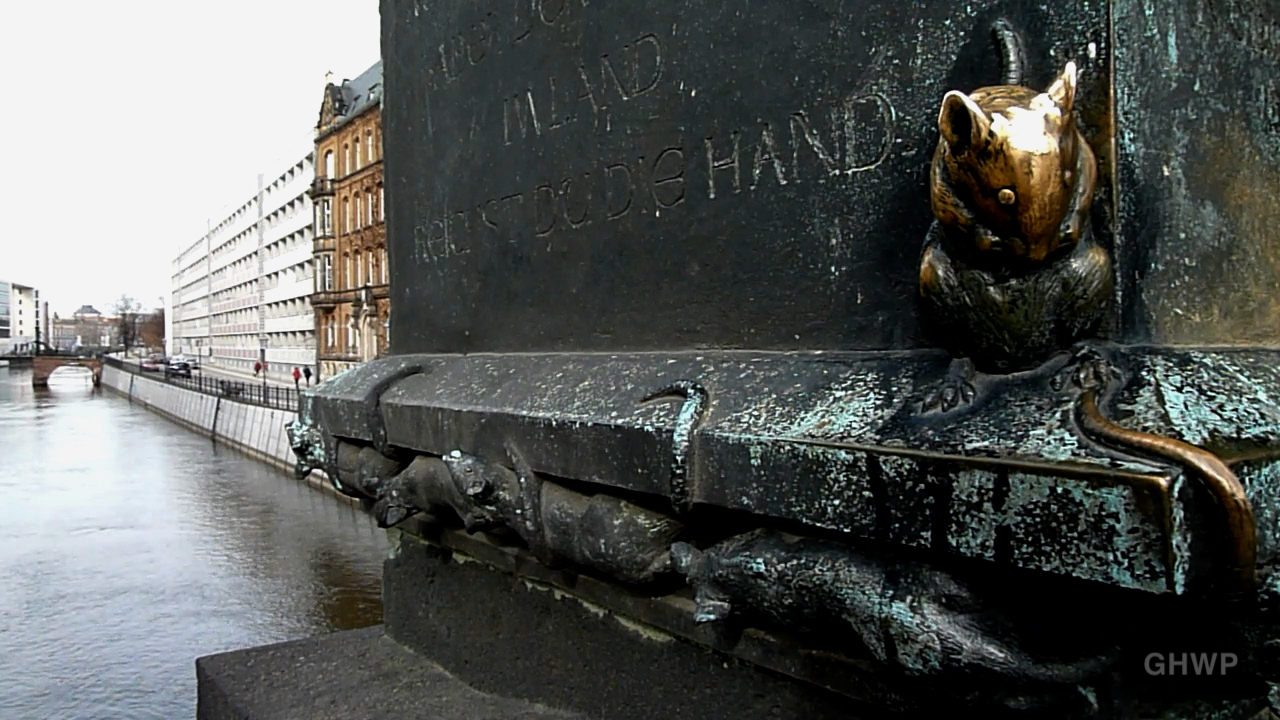 Unfortunately some bridges filmed couldn’t make it into the video. Of course, there are hundreds of beautiful bridges I didn’t even film at all.

The bridges in order of appearance:

Along the way it became quite apparent that I could have made a whole minute just about love locks chained to bridges. Might be a sweet video. Might be boring. Definitely has me talking with some special people about attaching our own locks. Just have to find the perfect bridges…

The featured song is called “Swallowed by the Sea” and was written and performed by Jason Matherne of Goonygoogoo Productions.