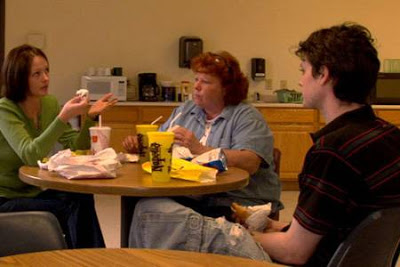 “Bubble” (a film about three people working in a doll factory and their relationship) is the first in a series of six digital video features directed by Steven Soderbergh, which will all be filmed in small towns with local nonprofessional actors who will be working off a script which has been roughly outlined and then filled in by the actors’ real life personality and backgrounds.