Did you hear about all the people stuck on airplanes at New York airports yesterday?

You guessed it: I was one of them. My Lufthansa flight from Munich was first put into a holding pattern over Long Island for almost an hour – the turbulence was so bad that we had quite a bit of vomiting action on the plane. When we finally landed we had to remain on the airplane for over 3 hours because at first our plane was stuck in the snow, then another plane ahead of us at the gate had to be deiced, then a part necessary to pull that airplane away from the gate broke, eventually we had to wait for another plane at another gate to fly to Japan or something. The questions remain: why couldn’t they just send a bus to drive us back to the gate or let us just walk; and why didn’t they serve us one last German beer to keep us happy on this 13-hour odyssey?

This morning I learned that we actually had it quite good and the people who tried to leave JFK earlier in the day were stuck on planes for up to 11 hours.

The good thing is that I met some nice people (Hi, George and Liv) and I managed to read an entire book on this flight: Le Voyage d’Hector by Francois Lelord – which doesn’t seem to be available in English yet. When it is, I certainly recommend it for the content (what is happiness?) although the writing style was a bit too much like a children’s book for my taste.

A bummer was however that this delay caused us to miss Diamanda Galas’ Valentines Day Massacre Show at the Knitting Factory.

But all that doesn’t over-shadow the fun I had while in Germany.
To add to the high-lights list from the previous post: 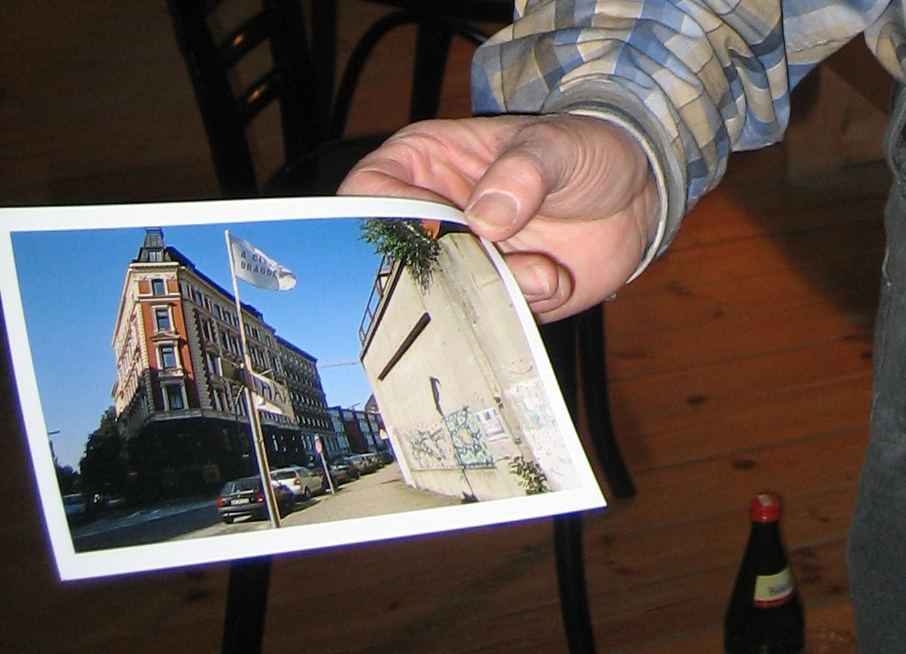 A photo of Muenzplatz held by photographer Guenter Westphal at Muenzplatz