Skip to content
Tweet
Share
Share
Pin
Share
0 Shares
There was this theory that if you offer your product (software, film, music, etc.) for free online – you would get the word out about your product to many more people (especially if your advertising budget otherwise is nil) and thus might even increase your sales.
Let’s be honest, the theory actually was: Yes, you really would increase your sales and make more money. People would know about it and use/watch/hear it and recommend it to others – those others might not have a fast Internet connection or prefer getting films or music the old-fashioned way: in physical form.
Did I mention the amount of people you could reach online? I mean it’s a global network. Imagine that.
And let’s not forget that if your work isn’t one of the chosen few that gets a distribution deal or has a powerful producers rep, taking it online might be your only way to circumvent the gatekeepers (programmers of all sorts and the “open palms” of the pay-to-play places) and get your work out in front of a larger audience.
So pretty much as soon as we finished our documentary All God’s Children, we knew we would at some point take our film online (maybe for bit-torrent download, probably for streaming). 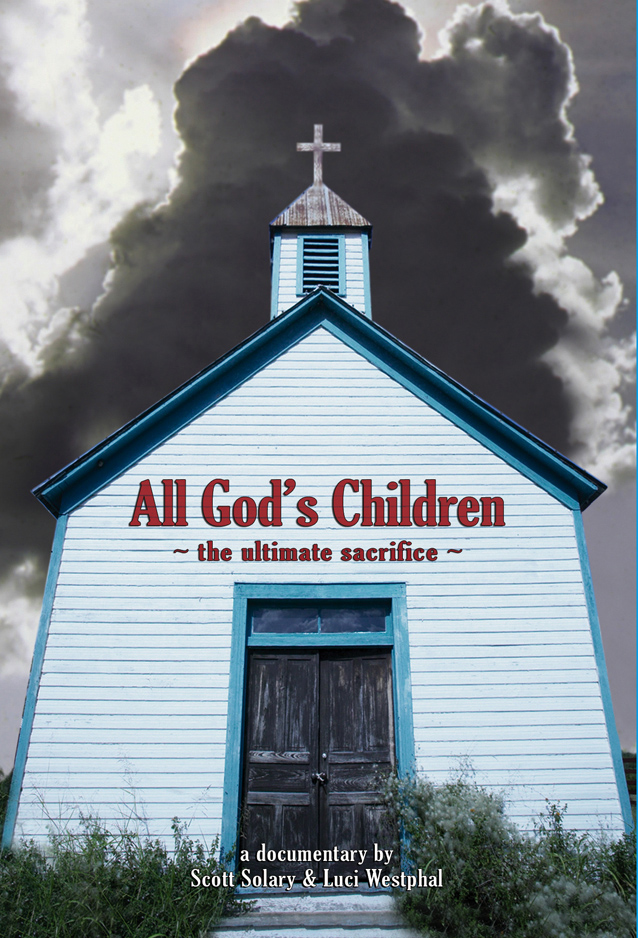 A quick recap of the film’s story:
We did a tiny two-step on the festival circuit and quickly decided that it would be more efficient and beneficial to save the festival entry fees and to organize free public screenings directly where we could meet our target audience in person and discuss the film’s subject. Generous donations from audience members, on-site DVD sales and the efforts of the local organizing partners made this amazing tour with All God’s Children possible. And yes, it was a heck of a lot of work – but it was so worth it!
After what we considered to be our best effort to try to get the film a distribution deal, TV airing (parts of it did air on Dutch TV last year) and selling DVDs (and downloads) through FilmBaby and amazon, the time had come this spring to finally release the documentary as a free online stream.
We were fully aware that this would be the end to any chances of getting it on television, but let’s just be honest… In any case, by now DVD sales were declining, no one was organizing screenings anymore, we had moved to Berlin, I had finished a new film and frankly: it was time to get some closure.
There are all kinds of websites that offer to host films, like Netflix or Snag Films. But because we’re kind of web-savvy and have a relationship to blip.tv already and because this year I seriously embraced the ability of sharing work and communicating with audiences on YouTube, we decided to do this last step on our own as well.
Last but not least, I thought this would be a great test for the future release of All’s Well and Fair, which I’m thinking of taking straight online. So building a community on YouTube seemed a good first step. 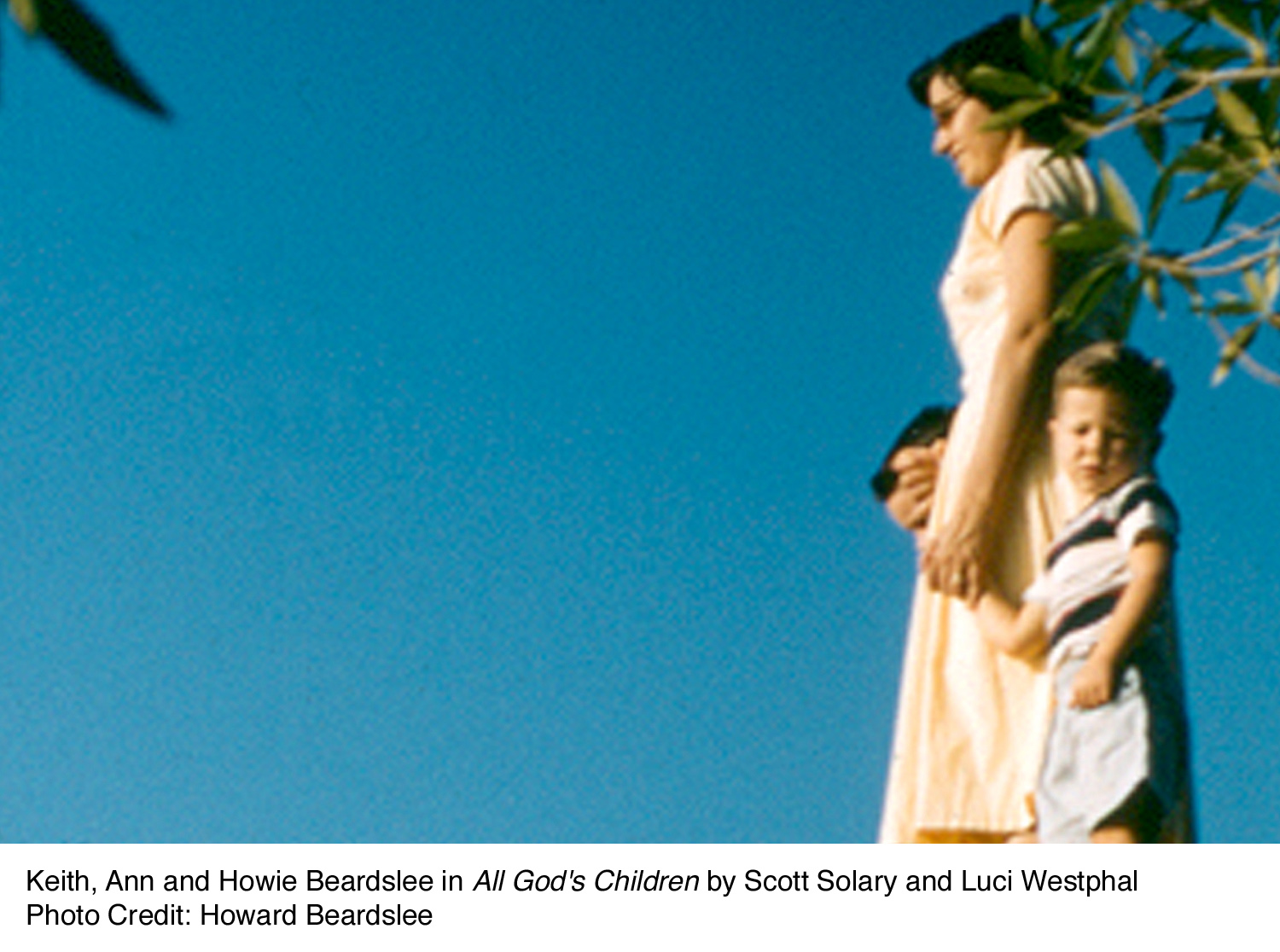 One last celebratory screening (and European premiere) on May 18th and on May 19th I pressed the “make public” button and our entire film, separated in 10 parts, appeared online – for anyone with an Internet connection to watch for free anytime, anywhere.
Some people and publications, like Backstage, Bob Felton and SIM Missionary Kid Survivors wrote about it. Others I thought would, unfortunately did not.
And then there were all the social networks and the awesome people who re-posted the film’s link on Facebook, Twitter etc. Thank you everyone who did! I know who you are and I’m so grateful!
We had other great support, like Eric from blip.tv who put the first episode on their front page and Dark who suggested the film to Top Documentary Films who did embed the film, which is how it apparently reached thousands of people via their inbox, which is where Trixie and Sherry Austin saw it and decided to “make it go viral”…
Within two weeks over 5,000 people had watched the first part of the film – and over 1,500 had watched the entire film. And honestly, it’s not an uplifting film to watch. By now the numbers are over 7,000 and over 2,000 respectively. 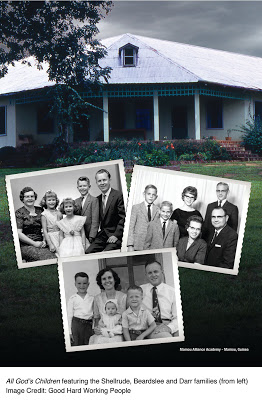 If after this long post you still remember the theory posed at the beginning, you may be wondering how many more DVDs we sold since launching the film online. The answer is 2 (two).
Kind of seems like a no brainer to most. Well, you’re giving it away for free, so why would people buy it?
Well, there was this theory…
But maybe things have changed enough since this theory began circling. Maybe by now enough people have fast Internet connections and they don’t mind watching a commercial every 10 minutes and they don’t care anymore about having the physical DVD on their shelf to watch anytime or lend a friend – they can just share the link via Facebook…
In writing about this experiment I shouldn’t leave out the fact that we did make some theoretical money via revenue share from ads placed before the blip and before or next to the YouTube clips. How much? Um, see, people don’t want you to talk about it, but let’s just say we haven’t reached the three-figures yet. I can tell you however that YouTube pays a lot less than blip does.
The other aspect: building an audience for the next film via YouTube subscriptions? Yeah… no. People watched, but they didn’t subscribe. (Most people don’t know about subscribing to YouTube channels, nor did they actually watch ON YouTube, but via embeds of the YouTube videos.)
So, experiment failed?
You know what? No, it didn’t fail. Because thousands of people sat down and watched the story of the children of Mamou. They probably would not have known about it otherwise.
And it’s not even the numbers – but it’s about some of the reactions we have received. I think the one that I was most grateful to receive was from a woman who said her mother had attended such a school and the daughter finally understood what had been going on with her mother. That’s who we made the film for – for that woman and her mother, so they could talk, so they could understand. How else would they have known about this film? How else would she have known to get this information back to me? How else would I have known that we reached this essential goal?
But I don’t want to come across as pretentious, insincere, completely selfless or rich (although that last part would be nice). I want to be honest: making a film is a lot of work and organizing screenings and releasing a film online and promoting it and translating it and posting subtitles and all that, I’d also consider work. And it would be nice to get paid. Actually it’s necessary to make money with this work to keep going and do more such work. For example I still need to make time to add the German subtitles.
Imagine 2,000 people would each have given 1 Dollar… 7,000 people each would have given a Quarter…
So I can see from this experiment that a different way of streaming films and music (the one where people pay for a subscription or for an online rental) would financially make more sense. And I’ll put that into consideration when releasing All’s Well and Fair.
But I will not regret that we released All God’s Children this way!
If you’ve actually read this far, then maybe you care to support this film (and the next) and wonder how you could do that. Here are a few ideas. Thank you for considering.
– Buy a DVD on FilmBaby or on amazon.com
– Do watch the film online. But preferably on blip.tv
– If you watch on YouTube, clicking on an ad makes a surprisingly big difference.
– Tell others about it. Send them this link: http://www.bit.ly/AGCVideo
– Write about the film on your blog, Facebook page, Twitter, Tumblr, etc. Embed the blip.tv or YouTube videos.  Click on “share”, then on “embed”, copy + paste.
– Connect to the film on Facebook and Twitter – keep building the network.
– Subscribe to our GHWP YouTube channel (you have to have a YouTube account).
– Commenting on the videos on blip or YouTube might get other people to watch. Commenting on amazon might even encourage other people to purchase the DVD.
– If you are a librarian, professor or work for a university or corporation, please be so kind and purchase the legally-authorized version for commercial public, educational or corporate use. By the way, we know which universities and libraries have purchased the home-use DVD. I’m just saying…
– Hold a public screening of the film (I know it’s a long shot, but you know we have all these great discussion materials available for free and the film really is best watched when followed by a discussion).
– If for any reason you can and want to financially support the film you can make a tax-deductible donation (over $100) via the International Documentary Association. For All God’s Children and for All’s Well and Fair.