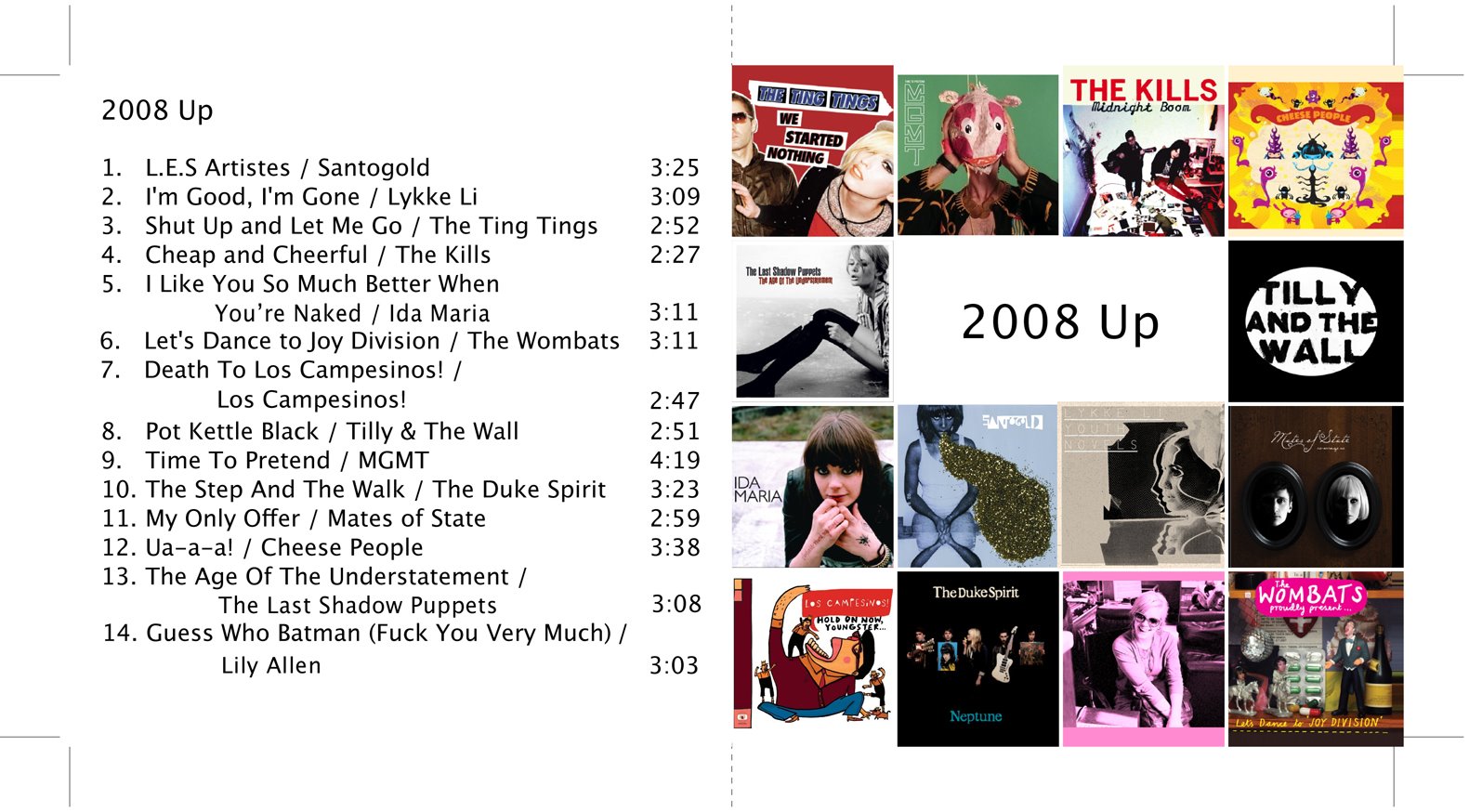 There’s not enough room to contain all the great songs: Okay, so this year there’ll be two CDs.

Picking your favorite song by a band when you love four songs equally as much. Also make it two or just blindly pick with your gut and not worry that it’s always the big hit and not the obscure B-side.

The official release isn’t until 2009 but it’s been circulating online since 2008 (Lily Allen): put it on there.

The official CD came out in 2008 but the EP was out in 2007 (Black Kids) when it already played all the time: won’t make the list.

It’s confusing exactly when the song was released here, in Europe, on an EP or re-release or whatever (MGMT): why not – maybe no one knows better.

Discovered and played it endlessly in 2008, but that song definitely did come out in 2007 (Okkervil River): wish it could’ve worked out – find a different song almost as favored.

Stumbled across the irresistible Lykke Li vs. Kings of Leon mash-up of “Knocked Up” after the “Favorites of 2008” CDs were already made: just add the song and make a new disc of 2008 Down. 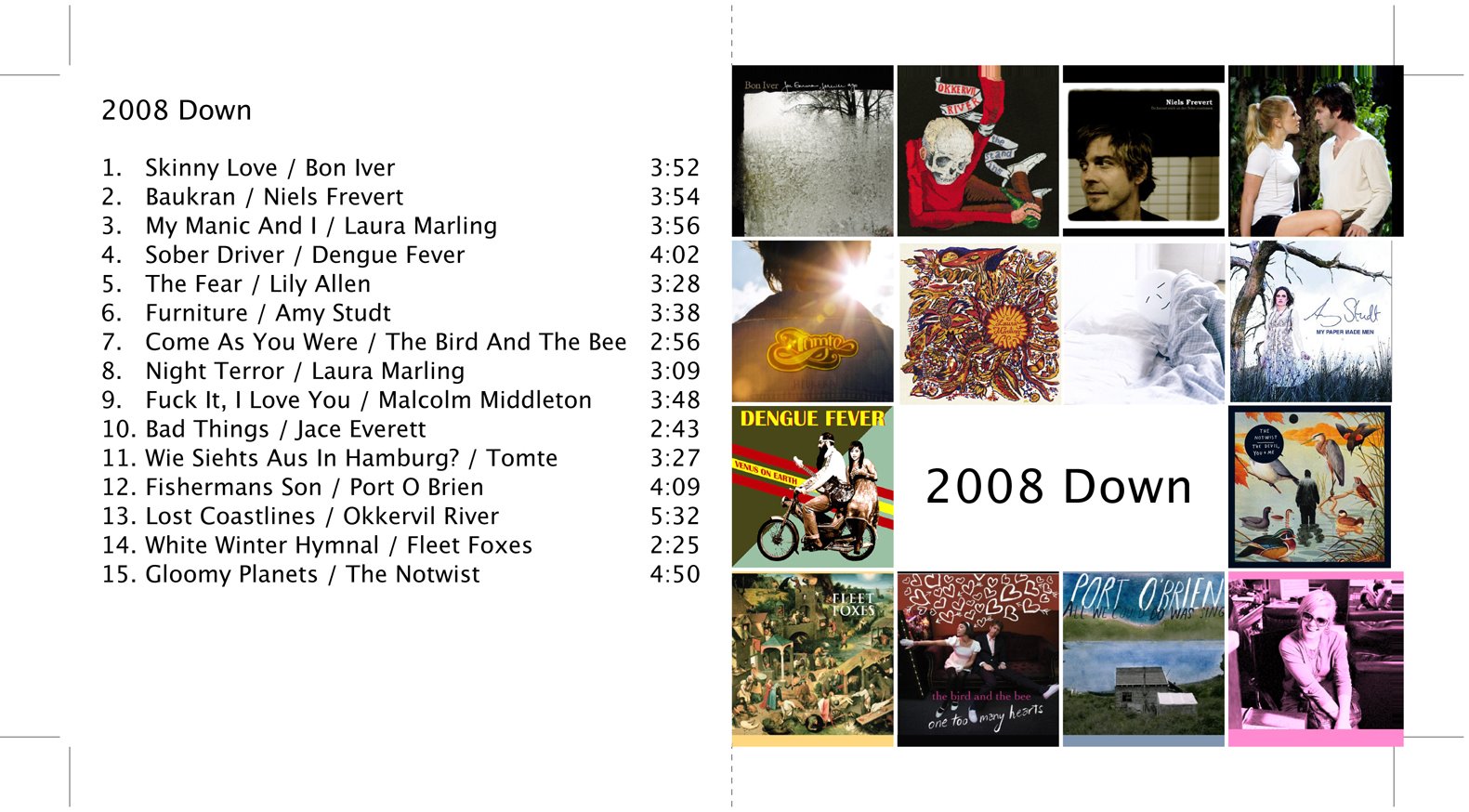