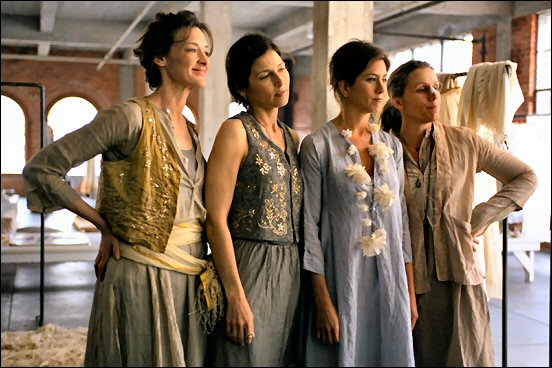 What a treat it is to watch an American film that is just a slice of life about people who seem almost like real human beings!

Nicole Holofcener‘s “Friends With Money” is one of those films. And like with her films before I loved the real moments, the naturally flowing dialogue and the weightless acting. She comes across as a great director, creating real characters and moments in life – which makes the holes in the plot forgivable. Though I have to admit I had a hard time buying that Jennifer Aniston’s character and the other three women were friends at all. Did I miss the explanation how they met? I suspected the role had been written for a slightly older woman, giving the notion that the women had been in school together or something similar, and then Jennifer wanted the role…

Nonetheless I cherish and recommend this film and so far have it marked as my favorite pick for the Spirit Awards.

On IMDb
On Rotten Tomatoes
On Netflix