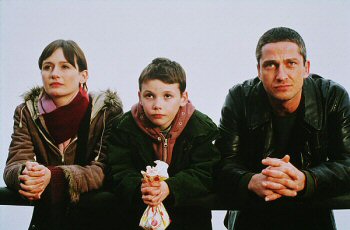 Over the holidays we watched two films from the UK that unintentionally were quite a good match. Shona Auerbach‘s 2004 “Dear Frankie” and the Mark Herman directed “Little Voice” from 1998.

Both films center on the theme of longing for a father with a subplot of finding a voice.

“Little Voice” (originally a stage play directed in London by Sam Mendes and written for the actress Jane Horrocks) tells the often hilarious, yet touching story of a young woman who aches for her deceased father. With the tiniest voice when she speaks, she surprises everyone with her ability to perfectly mimic the great ladies of jazz when she sings. Jane Horrock’s talent is amazing.

Both films also emphasize the situation of the mother who suffers from being overshadowed by the missing father. Throw into both a little love story, grey skied Northern port cities and some of Great Britain’s more outstanding actors… and you have a well-matched double-bill. 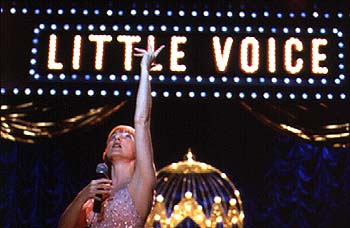