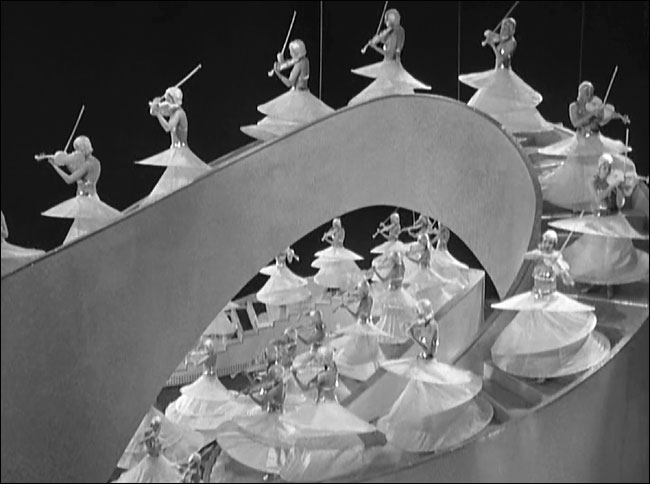 Aside from working on my own films I also work as an editor-for-hire. A little while ago I was asked to create a visual collage of clips from old Hollywood movies of the 1930s and 1940s. It sounded like a fun project but then came the challenge: how to get full quality clips from old movies to use in Final Cut Pro and eventually have a high-quality master?

I should add that this was for a private screening, so we didn’t have to be concerned to get permission from the copyright owners – nor was there the budget (or time) to get broadcast-quality tapes of the films. Of course, I don’t endorse anyone ripping off other people’s copyrights.

A lot of great clips from that era can be found online. And through software like Snapz (you can basically record anything that happens on your screen, including your own computer activity or a video playing on your screen) or TubeTV (free software for pulling videos directly from YouTube and other sites with flash videos) I could have grabbed them. But the quality wouldn’t have been sufficient for projection during the event.

The overall video and the specific clips needed to be DVD quality – and due to time and budget constraints that’s exactly where they needed to come from: DVDs from the video store around the corner (fortunately there are still a few around). But DVDs are encoded in a way so that the video can’t just be imported into FCP or any other editing program.

After a little bit of digging I found software that did exactly what I needed: The excellent program MPEG Streamclip will convert your DVD files directly into .mov files usable in editing software like Final Cut Pro.

Actually it can import and export many different file types. But it’s the DVD to FCP conversion that makes this the most exciting software I’ve come across in a while!

One important note: MPEG Streamclip is not a DVD ripper and therefore can only convert files from unprotected DVDs or files that have already been ripped from a DVD and saved on a hard drive. Use the DVD Ripper of your choice for that step – mine is currently MTR (Mac The Ripper). Please keep in mind copyright laws!

On a little side note: I ran into some problems with interlacing of some of the ancient clips because at least one of the original films had been converted from film to PAL video before later being turned into digital files and therefore had a pull-down rate of 2:2 instead of 3:2. De-interlacing ended up fixing the problem on that.

One Reply to “Get high-quality clips from DVD into FCP”