Skip to content
Tweet
Share
Share
Pin
Share
0 Shares
When you pick your own creative project to do (your next film, book, opera…) you usually go for something you’d really love to do – something that deals with a subject that is especially meaningful to you – something you might be spending the next few years doing, against all odds and possibly without any compensation except for the pleasure the creative process gives you. Of course, some creations are motivated by gaining fame and fortune. But I wonder if I’d put them in the “your OWN creative project” category.
Sometimes, however, you get lucky and someone hires you to do a job that fits exactly into the category of creative projects you really love to do. Recently I got that lucky when I was hired by Project STAY – “a haven for young people at risk for, and/or living with, HIV/AIDS”.
Project STAY hired me to produce a digital story-telling video with several HIV+ youths. The process of making the video was supposed to help the adolescents take charge of their own story and the final video will be used to educate youths, teachers, social workers, doctors, etc. For me it has been an incredible journey of learning, working, creativity, human connections, purpose, a sense of helping and because of all that: immense gratification and gratitude. 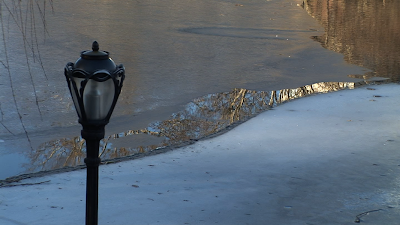 Central Park
In the process of working on this project (and also through an anti-nuclear weapons video I’m currently editing for Federation of American Scientists), I realized that this is exactly the kind of work I want to do, the kinds of jobs I want to get hired for.
I have my aspirations (and some actual finished results) of doing my “own creative projects” – documentaries, screenplays, fiction writing, narrative fiction films… with a focus on underrepresented people and (not wanting to sound pretentious) the aim to make this world a better place through educating and inspiring change. So it’s been a bit of a revelation to me that there are actually paying jobs that fit exactly into what I want to do: use filmmaking to further good causes. Maybe one could define those jobs as: “Good Cause For-Hire Documentaries” (for non-profit organizations that aim to improve people’s lives).  As crazy as it might sound to some, I even appreciate that the smaller budgets force/allow me to work directly and intimately with the people involved and on all aspects of the creative process. It probably goes without saying that I also appreciate the advantages of a full budget. Hudson River
From the first moment on, meeting the social workers and adolescents, going to see an AIDS awareness play and then sitting in on their first writing session to prepare for the video shoot, I knew that I was exactly where I wanted to be and felt so lucky to be allowed into these people’s lives and facilitate telling their individual stories of tragedy and survival. This was supposed to be empowering to them and educational to others and help tear down stereotypes. But I had no idea how powerful this experience would be to me, how moving, humbling and inspiring. Not only did I learn more about the facts of youths living with HIV and the importance of educating youths and adults better (talk about it!) or about the rough lives of some of these urban youths (mostly from broken homes). But I also learned about grace, resilience, forgiveness, beauty, hope, life, awareness and, of course, courage.
Having HIV is a stigma. Some of the kids made mistakes. All of them risk being judged. They all showed great courage in working out their stories during the writing workshops and especially in sitting down in front of a camera and sharing their stories with me – not to mention with all the people who will hopefully watch the video in the future.
It was a really neat experience to workshop the stories and ideas for the video in several sessions with the social workers and the youths. In the video we wanted to make sure the youths’ identities would be preserved, but at the same time not give the impression that they had any reason to hide in the shadows. So instead of a more typical silhouette approach, I filmed only their mouths during the interviews – keeping them anonymous but not hiding. To illustrate the stories we came up with places, activities and items that seemed fitting. It was a creative challenge and a lot of fun to walk all over the city with small groups or individuals, getting shots for the video and just talking and getting to know each other. The pictures on this page are from that footage (the pictures don’t show anyone involved in the project). 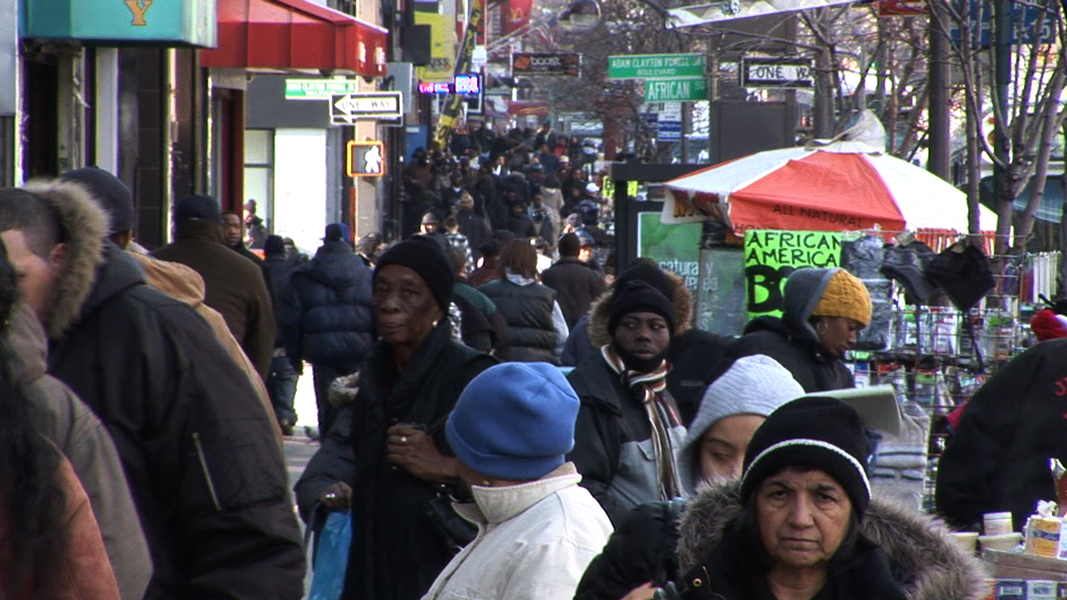 125th Street
Last but not least, I also want to express how much admiration I have for Joanna, Aanie and Bari – the amazing social workers. My only regret is that we weren’t just doing a regular documentary about the center that would include showing what wonderful work those three women and their colleagues do. Maybe another time, another video…
We’ve only just wrapped the shoot and not even started post-production. I cannot wait to share what I was invited to see, hear and capture over the last few weeks.

3 Replies to “Good Cause Video Jobs”