It was wonderful to spend more time with some of the people who are featured in the film and their families, all of whom have become our friends and are such an incredible addition to our lives. After a week of being with them and together sharing our film with others, I am certain that creating and sharing this film and spending time with these lovely people is one of the most rewarding and valuable experiences in my life so far.

During our time in DC – both at the SNAP conference as well as at St. Marks Episcopal Church – we met a lot of very interesting and inspiring people who are doing admirable work for the sake of abuse survivors and to prevent child and sexual abuse. We all came away inspired and motivated and are grateful for all the wonderful conversations and suggestions. I will try to follow-up with another post with links to some of these people’s sites.

For now here are some impressions in images and words from our time in Washington, DC. 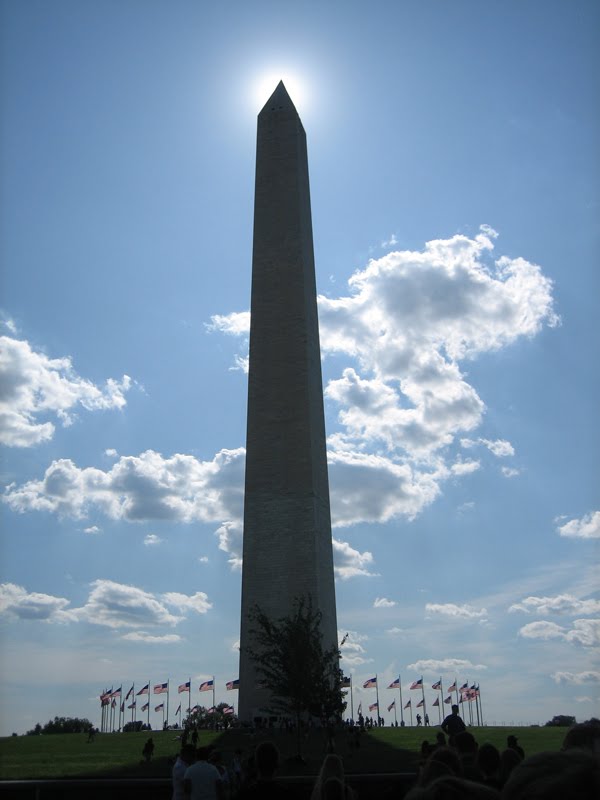 Upon arrival in Washington, DC, on Friday August 7th, Scott and I managed to do a quick walking tour of some the sights… It was blazing hot so we took some refuge in the shadow of the National Monument. 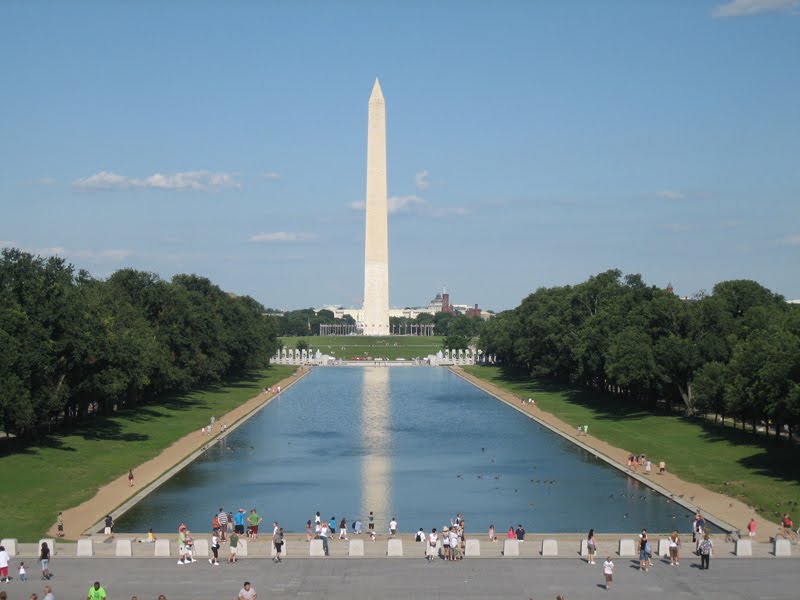 The Reflecting Pool, The World War 2 Memorial, The National Monument and The Capitol from the point-of-view of the Lincoln Memorial. 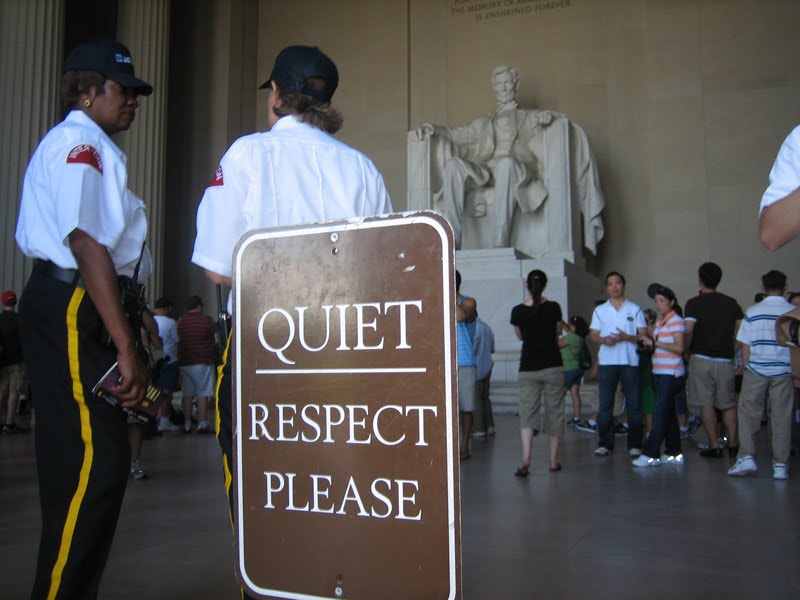 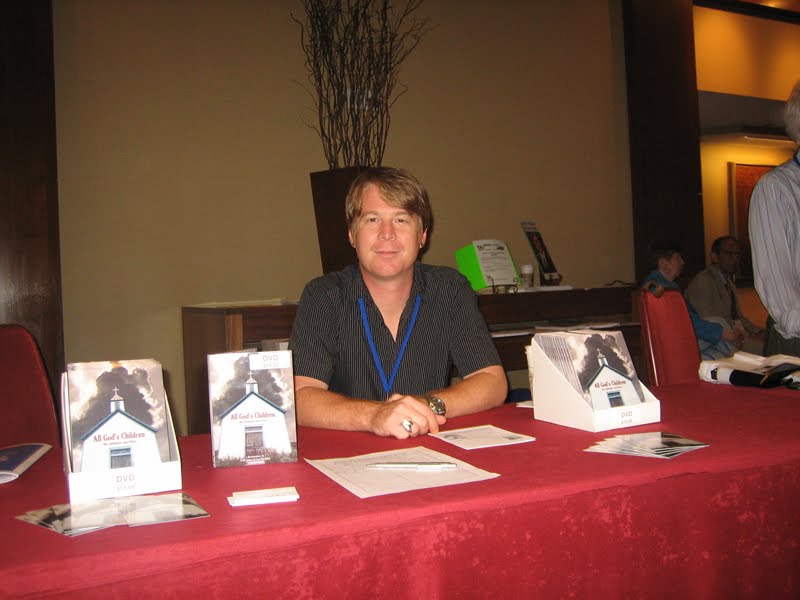 Scott at our table at the SNAP conference, August 8th 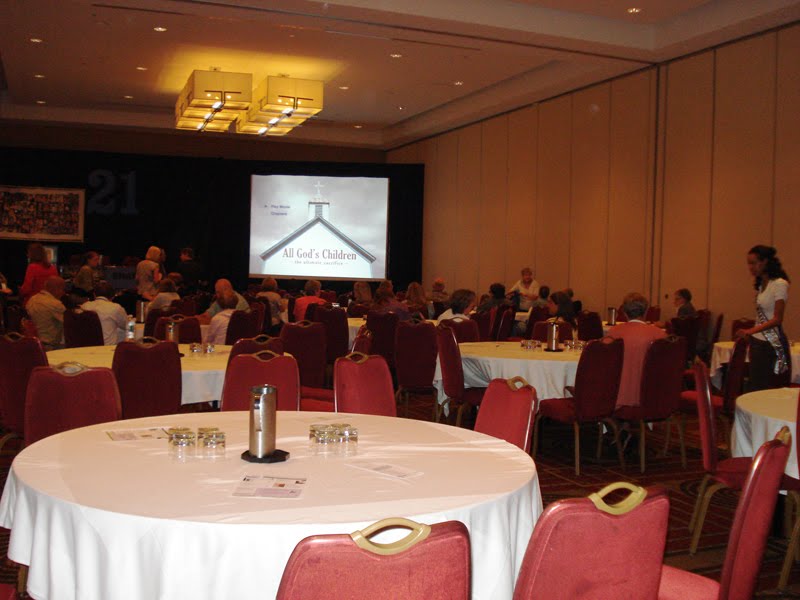 The room fills for our screening at the SNAP conference. On the right Mrs. Maryland, LaQuisha Hall, is about to sit down. She ran on the platform of “End Sexual Violence”. Wow!
Washington, DC – August 8, 2009
(photo by Bud Couts) 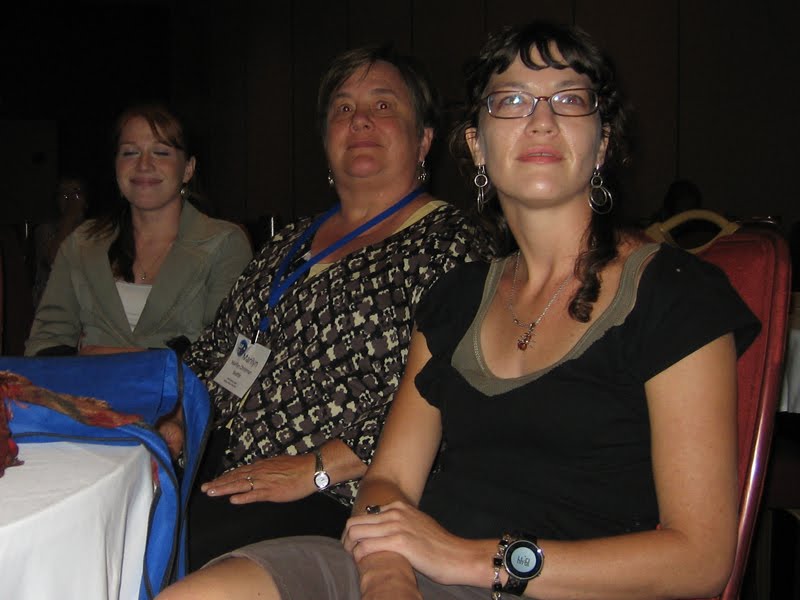 Marilyn Shellrude Christman with daughter Sarah and Kari Mikitson, an MK who is doing an amazing job collecting abuse stories from the New Tribes Mission boarding school in Fanda, Senegal and getting ready to take the next step… Check out her blog Fanda Eagles 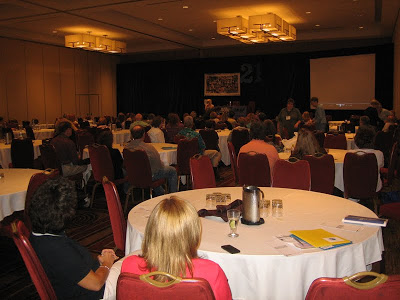 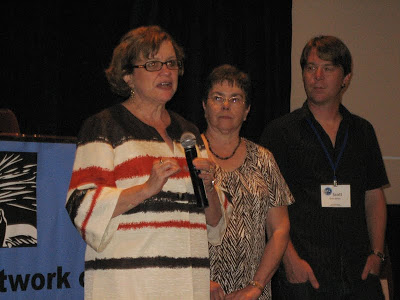 Beverly Shellrude-Thompson answers questions during the Q&A after the screening at the SNAP conference.
(Photo by Sarah Christman) 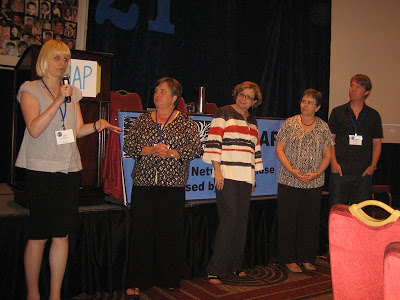 I get to answer some questions as well.
(Photo by Sarah Christman) Bud Couts again was kind enough to be our official head counter and sales person after the screening. The woman signing up for the mailing list wondered if MK SafetyNet had made any connections to UNICEF. So many great ideas and suggestions came up during the conference.
(Photo by Dianne Darr Couts) 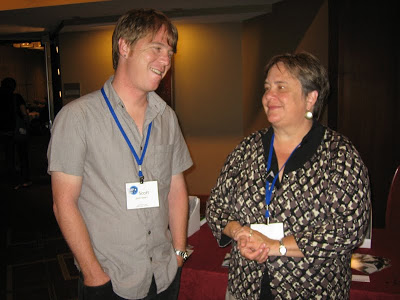 Scott and Marilyn share a smile the morning after the SNAP conference screening.
Washington, DC – August 9, 2009 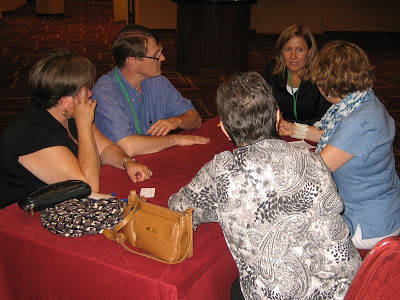 A historic moment. Marilyn, Dianne and Beverly sit down with SNAP leaders David Clohessy and Barbara Blaine to discuss the option of MK SafetyNet becoming a chapter of SNAP. 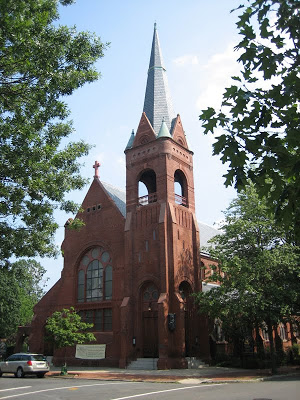 Beautiful St. Mark’s Episcopal Church on Capitol Hill right behind the Library of Congress. Thank you to Lynda Smith-Bugge and everyone at St. Marks who made our screening possible.
Washington, DC – August 9, 2009 Beverly and Dianne inside St. Mark’s Episcopal Church. Because the church is getting a new floor we got see it without the pews. An amazing effect with the reflecting floors. 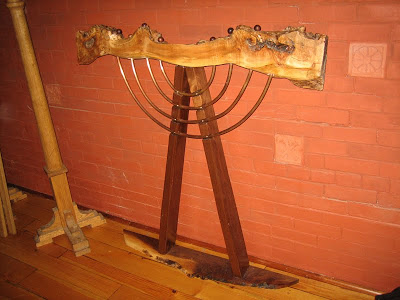 Because the floor is being redone, Lynda Smith-Bugge’s wood sculpture (Easter Cross) is currently kept safe in a backroom instead of representing in the sanctuary. During the screening at St. Mark’s Episcopla Church. The first one in a bright room. The projection looked fine and we were finally able to get a picture while the film is playing. 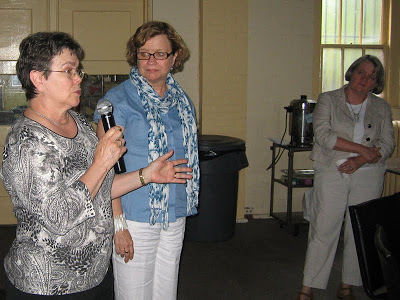 Dianne answers a question during the Q&A while Beverly and Lynda listen. 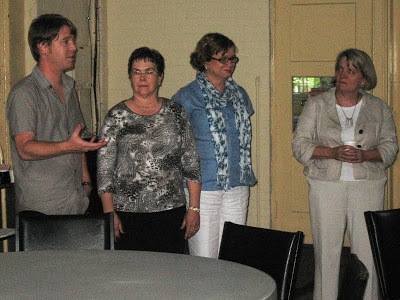 Scott answers questions during the Q&A together with Dianne, Beverly and screening organizer Lynda Smith-Bugge. 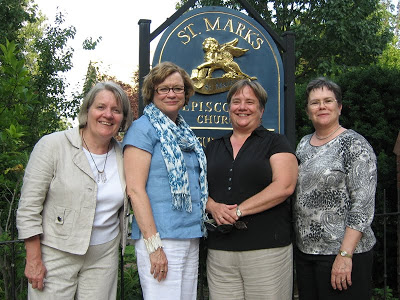 Lynda Smith-Bugge, who is an alumni of C&MA missionary kids boarding school Quito Alliance Academy in Ecuador, organized the screening at her church on Capitol Hill. A moment of elation after a successful screening with a mostly warm, receptive and inspiring audience. After the screening at St. Mark’s Episcopal Church: Scott Solary and Beverly Shellrude-Thompson with her husband Ernie and daughter Nicole. During the Q&A a little earlier, Sarah had just shared, in an unforgettable moment, how Mamou and the repercussions for her mother had in turn effected her own life and that after years of resentment towards those that had hurt her mother and family she was now able to stand up and express how proud she is of her mother and her aunt Bev and all the work they have done to help others. There couldn’t have been a dry eye in the entire room. 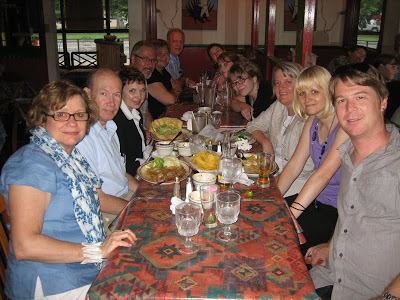 The entire crew at a Mexican restaurant on Capitol Hill. Some of us are about to get in the car for a 5-hour drive up to NYC…