In my capacity as a conceptor for simpleshow﻿ I’ve been working on tons of videos lately (I write the script, conceive the visuals, which someone else then draws, and assemble the storyboard to then be printed, cut out and filmed by the awesome production team in Germany).

A project I just finished is a call-to-action for European citizens to convince their EU representative to NOT sign a settlement with Google, but to demand equal search instead of encouraging commercial websites overtaking the search results and kicking pages that give us reviews, information, how-to’s etc. off the front page (and out of our view).

Personally, I feel strongly about this issue because it affects the information we Internet users receive in the world. But I’ve already realized that some Americans don’t see an issue with a capitalist endeavor taking over our way of getting information. Or at least they say: Google is a company, they should be allowed to do whatever they want. Go use a different search engine if you don’t like it.

But as a European, I feel differently about it. Capitalist thinking is taking over our culture, and “quasi-monopolies” are freely allowed to “censor” and “determine” what and how much we are exposed to. And we may not even notice that they’re manipulating what we see.

We as individuals may be suckers for a company like Google and should be more aware and pro-active in making our own choices. But especially because we as individuals ARE suckers, I think the Open Internet Project﻿ raises an important point that government agencies might need to step in and make sure we as the people are protected from manipulation of information and that sharing of information and news sources work on an equal and free principle.

On a completely different note, I’d like to add that I had an amazing “sad unicorn in the rain” drawn for this video by illustrator Ina (when the main character’s dream dies, which earlier had been represented by a happy unicorn) and I’m still sad that I had to take it back out. If I manage to work it into a future video I’ll let you know…

P.S.: Yes, I’m fully aware that I’m posting this on a blog hosted on Google. I’m also aware that this video was posted on YouTube, which is owned by Google. Also over a year ago, Google deleted all my Google apps, including my YouTube channels and all my videos – and I still went and rebuild all that on their platforms. This only goes to show how omnipresent, ubiquitous and important Google is. However, in regards to my own videos, I put a lot more emphasis on their Vimeo presence. And I need to write a post about how much I love that company one day… 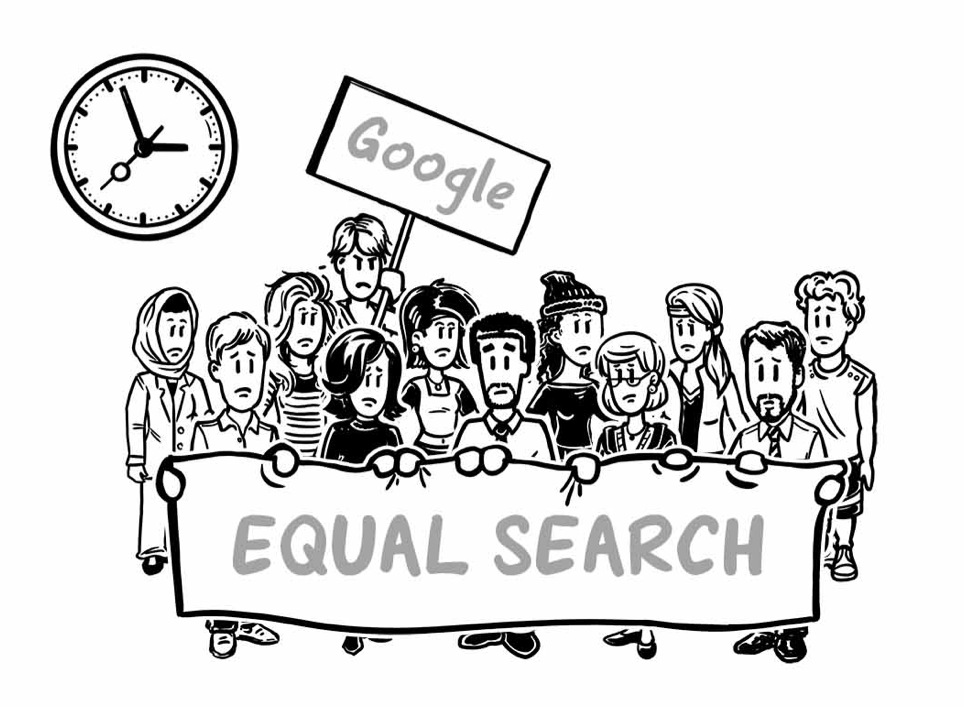