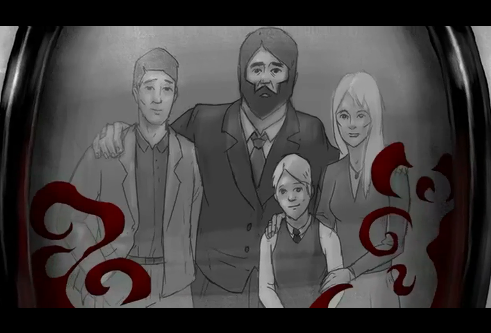 The moody and driving “Two Against One” featuring Jack White and appearing on the Daniele Luppi – Danger Mouse album Rome might just be my favorite song of 2011. (This reminds me I still want to publish a list of my favorite songs from last year.)
Now there is finally a video – an incredible, flowing, dark animation video directed by Chris Milk and animator Anthony Francisco Schepperd.
The connection between music and film is an unusual one. Luppi and Danger Mouse were inspired by the soundtracks to Italian Western to compose a soundtrack album without an actual movie. Now the filmmaker Chris Milk together with Danger Mouse and others is working on making a live-action film based on the soundtrack. This video however, being animated, is meant to be a fever dream illustrating the protagonist’s past. Twisted journey.
There is also an interactive (Chrome) feature called: www.Ro.me.
For more info check this post from NPR.