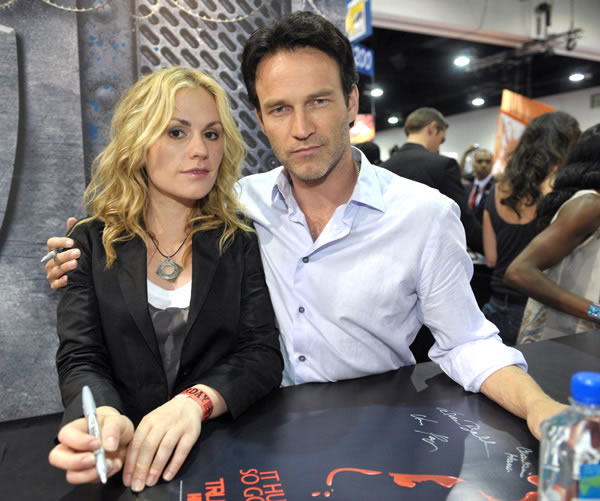 During Comic Con this past weekend, several new trailers were released promoting those wonderful fresh and daring, big budgeted, high production value American cable TV shows that I love so much. You know, those Showtime, HBO and AMC series; the ones that have such outstanding scripts, actors, directing, cinematography and art direction that they seem more like a great 12-hour movie split into 12 episodes than a prime-time TV show; the ones that dare to introduce multi-layered characters, provocative storylines and a fresh perspective.

I probably first got hooked on those kinds of shows by Alan Ball’s “Six Feet Under” (family runs funeral home). David Simon’s “The Wire” (life and crime in Baltimore) I must have discovered around the same time. I still consider that one to be the best American TV show. My favorite non-American show, btw is BBC’s “The Office” (office life in Slough) – created by Ricky Gervais and Stephen Merchant.
David Chase’s “The Sopranos” (New Jersey mob) had me at times hooked and then bored. Although I’ll never forget the intensity of the episode where Adriana (Drea DeMatteo) gets driven to the woods begging not to be shot… and then her scream… And who could forget the episode of “Six Feet Under” when David (Michael C. Hall) gets kidnapped and we are right there with him and never get to escape through a cut to another scene? By the way, I wasn’t a fan of “Sex In The City” at all when it came out around the same time that I moved to NYC myself. Those “uptown” ladies (since I was in Brooklyn all of Manhattan felt a little uptown) were way too materialistic and square for my taste. Also I never understood the attraction of Mr. Big.

Then there was “Weeds“, “Californication“, “Entourage” and of course “Breaking Bad”. I have yet to catch up on “Rome“, “Deadwood” and “Carnivale“. And somewhat in the same vein was “Battlestar Galactica“(even though they did have more episodes per season, some of which were clearly filler episodes). Too bad “Caprica” didn’t quite live up to it.

Right now I’m hooked on Alan Ball’s “True Blood” (vampires), which is already half-way through the season – so that new trailer is all about the second half of the season.

Matthew Weiner’s AMC show “Mad Men” (1960s ad agency) just started again a few days ago and is off to a solid start. The commercial for it is a little lame, but it gets you an idea if you haven’t watched the show.

Last but not least, I’m thrilled to know that “Dexter” (serial killer) will continue with a new twist in fall. The last season was full of surprises and didn’t feel as formulaic as some shows tend to get after so many season. Although I’m a bit concerned that if the show ends up following one of its usual patterns, officer Quinn might have to die by the end of the season.

And then in less than a year I hope we’ll see the return of what turned out to be another outstanding show by David Simon and Eric Overmyer: “Treme” (post-Katrina New Orleans). Below the trailer for the first season.