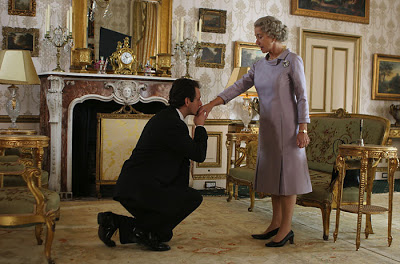 “The Queen” shows Queen Elizabeth vs. Tony Blair during the aftermath of Lady Di’s death in the late 90s. Because I watched this film in Germany I had my parents at hand to remind me that during this time there was a real possibility that the monarchy was going to collapse due to the royal family’s behavior.