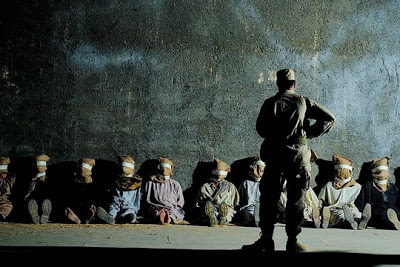 This documentary/drama – a mixture between interviews and reenactments (that are so high in production value they are more than just reenactments) – by British filmmakers Michael Winterbottom and Mat Whitecross tells the true story of several British men who were arrested in Afghanistan in the 9/11 aftermath and ended up being held at the US prison camp at Guantanamo Bay for years.