Skip to content
Tweet
Share
Share
Pin
Share
0 Shares
… or the tale of finding an apartment in Berlin and making it livable.
In recent months our lives have been quite… um… mobile. About a year ago I came to Berlin, not really knowing how long I would stay, Scott followed soon after, then returned to NY for some work, came back… in-between we kept moving from one Berlin sublet to another: four different apartments in 12 months.
It’s been nice to just move with little more than a few suitcases every time (and we’re lucky to have such awesome friends here in Berlin who helped carry those) – but it wasn’t fun to be looking for apartments every few months – or, to be honest, to be living with someone else’s stuff over and over again.
So when a year was up and we weren’t quite ready to turn our backs on Berlin completely, we decided to take the plunge and look for our own apartment, which we could then sublet when we’re in NYC (so we’d be looking for subletters, not sublets, just as we do back home and WE get to pick the furniture).
Unfortunately everything was so in flux that we only had two weeks to find an apartment before we had to leave our last sublet. We ran all over town and pretty much out of choices. On my birthday, one week before moving-out day, we looked at a small apartment that could work, except that it was stuffed with hideous mismatched old (not antique or retro or anything cool) furniture. And the previous tenant, who got to choose the new tenant said that we’d have to buy the furniture off him. Oh, dregs. Supposedly it was between us and one other interested woman. A few days later he “chose” us. We said great, except that we don’t want the furniture. Too bad, he said, because if he had known that, he’d gotten rid of it himself. This statement I now laugh about (with maybe a bitter tear)… because two weeks after moving in, this apartment is still pretty much stuffed to the gills with furniture and other crap. Oh yeah, there are not only random dishes but sheets and old blankets and a printer without plugs and Playboy perfume and this huge corner couch with a pull-out bed. 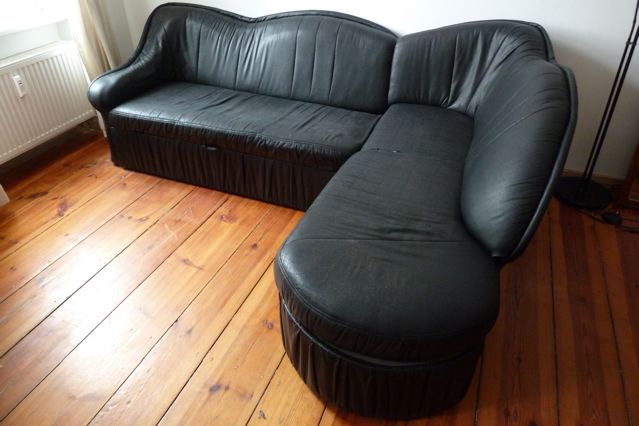 The previous tenants literally left us their garbage, which we had to pay for and now can’t get rid off. In all fairness I was able to sell a few select items like the good mattress and give away the nasty mattress (for an art project) and the dusty French paperbacks and the old juicer with an English plug… 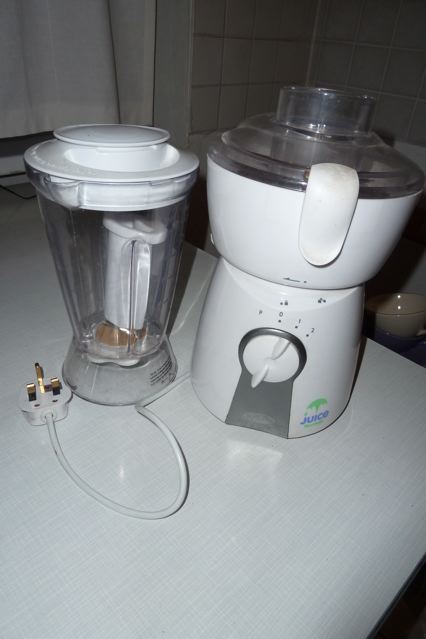 Some ads for things succeeded on the classified section of eBay.  The regular eBay remains a mystery to me and doesn’t seem to work for that fancy HAG office chair. 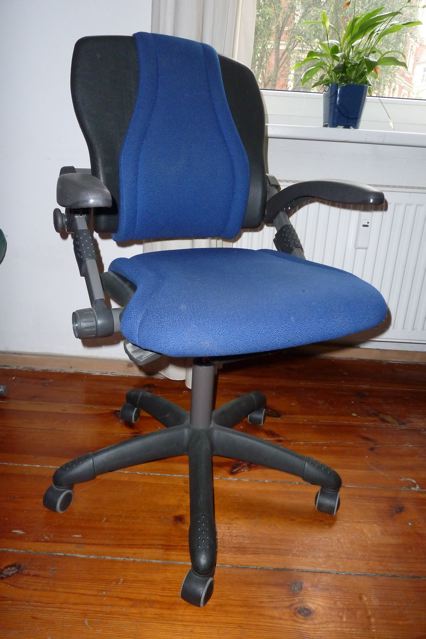 Freecycle helped some more in getting rid of things, but I can’t honestly recommend it because you end up having to communicate so much with people who end up not showing up anyway and you should have just thrown things away. Oh right, which in Germany is actually quite difficult. Yup, it’s not like America, the big “throw-away culture” where you can just put your stuff on the curb once a week. 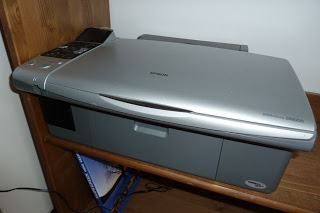 No, here you have to pay for getting big things picked up or you have to rent a vehicle and drive it to a recycling or garbage dump yourself.  Actually, big things? I can’t even throw a bag of comforters away here because the garbage cans for this building are so small. 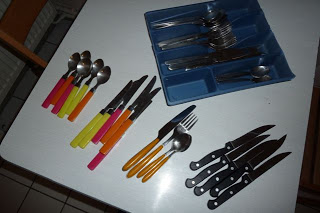 It’s turned into a huge time and energy suck that is just not worth the bother – except that I, having enjoyed mobility and lack of baggage, am still stuck with other people’s garbage and don’t have much of a choice to “bother” at this point. As you can tell from my rant, I’m just bothered. 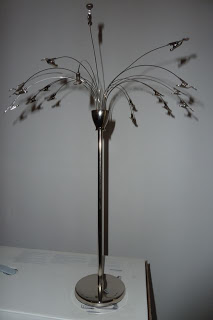 Lessons learned:
– Don’t say yes to an apartment filled with stinky fridges and huge couches you don’t want and agree to pay for them no matter how many other people want the apartment and how soon you need to get out of your old place. Say no and see what happens. You may just get the apartment anyway (I’m pretty sure at this point the “other woman” wasn’t really in the running).
– There is no magical Polish man that comes by and picks up your unwanted furniture for a few hundred Euros.
– Scheduling with and waiting for people to show up via Freecycle is a very inconvenient time-suck which mostly leads to you thanking the few people who actually show up instead of them appreciating that they got stuff for free. So maybe just throw the small stuff away.
– When moving out of your next apartment, be kind and don’t blackmail someone else into taking your garbage. It makes them sad.
So now, who would like to have a beautiful, large corner sofa with a pull-out bed?
——
P.S.: I do love having my disco ball hanging from a high ceiling with crown molding: 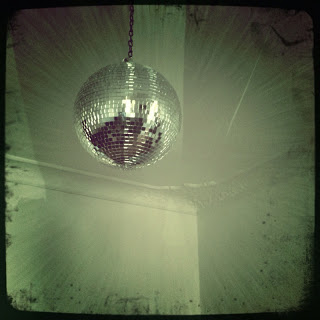 And this apartment has a balcony, which gave my mom the opportunity to plant beautiful flowers, which I cherish every day. It’s also great for wine drinking with friends. And my mom and my best friend Erik really like the neighborhood and the apartment and will hopefully visit much more often.
So now that I’ve gotten this off my chest I’ll have another cup of tea on the balcony from where I can’t see that ugly Polsterbett. 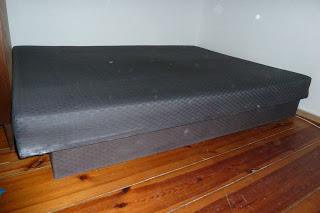 4 Replies to “Stuck with someone else’s garbage…”