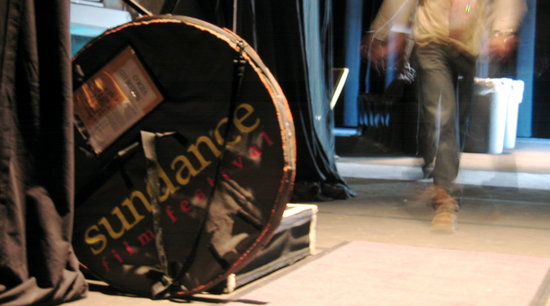 Photo by Eugene Hernandez of indieWIRE

Rather unexpected and very exciting developments happening involving the Sundance Film Festival, indieWIRE, Scott and last but not least a Macintosh computer.

The fabulous guys at indieWIRE (the premier online magazine covering the independent film market) have hired Scott to travel to Sundance (the premier American film festival for independent-ish films) with them and shoot a daily webcast for indieWIRE and Fox Searchlight.

If that isn’t exciting enough (it is pretty exciting for us – even though we won’t be participating in the festival with our own film, working at the festival for indieWIRE is just about as thrilling) we also broke down and bought our first Macintosh computer!

Now for eons we’ve been working on PCs (Sony VAIO for editing, Toshiba for our laptop needs) because first of all we grew up with them and knew them inside-out, had all the software for them, most importantly Avid DV XPress Pro (which is supposed to work best on PC these days) and last but not least because that’s what we could afford.

But lately Scott has been doing a lot more work on Final Cut Pro, especially projects that involved encoding for the web… And then there’s the thing with PC’s just becoming more and more gaming stations/DVD players with less emphasis on being working machines… So one thing led to another and when Scott was asked to do this job in Park City, where he wouldn’t be able to take our desktop, a decision had to be made… and we crossed over to the other side (well, at least Scott has).

The first indieWIRE webcast from Sundance should be going online on Wednesday or Thursday. I’ll keep you posted. 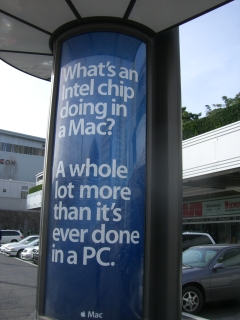 Some Mac humor to commemorate the special occasion!

3 Replies to “Sundance, indieWIRE and a MacBook Pro”