After a very successful All God’s Children screening and a great time visiting people in Seattle, I took the train to Portland for a 48-hour vacation with an old friend from home: Tobias Pox, and his wife Rachel and daughter Kaja. 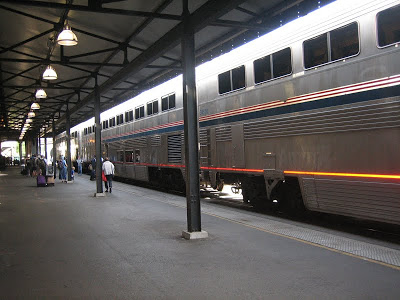 Getting on the Coast Starlight at the Seattle train station

While sitting on the Coast Starlight I realized that this moment was a true dream-come-true experience: last night I showed a film I made (together with my lovely husband Scott) to a room full of strangers who appreciated our work; I got to share that moment with one of the women in the film; in the audience was a friend who had flown in from New York and her mother and also the parents of another dear NY friend who had just moved to Thailand; now I was sitting on a moving train traveling through a landscape I had never seen before; quickly I take a picture out of the train window and email it to my dad back in Germany and let him know that I’m currently listing to Songs inspired by The Band (his favorite band), once I arrive at my destination I will be visiting a dear friend who I’ve known since we were teenagers in Germany – we’ll be chatting for hours, exploring his city and getting closer with his wife and daughter.

Wow, what a moment! I am so grateful for all that I have and get to do: the travel, the friends, the family, the work, the story telling, the sharing, the listening, the exploring… 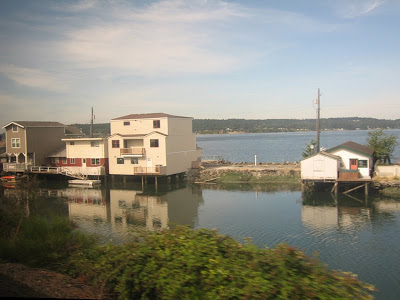 Right after that little epiphany I had a nice long chat with the kind lady sitting next to me (she had actually switched seats with me so I could look out the window!). She turned out to be a poet. Is there anything more exciting than meeting strangers on the train? 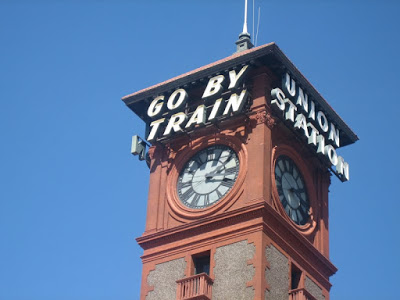 Portland train station. Already excited about the next train trip: to New Hampshire on The Vermonter for the All God’s Children screening at Dartmouth College on Monday

Portland turned out to be absolutely lovely as expected. Here are just a few random images from a packed 2-day visit: 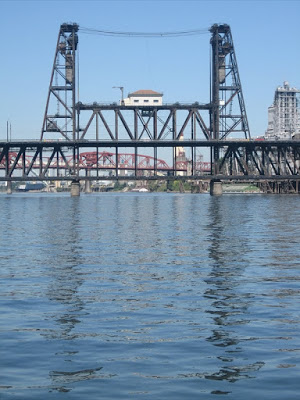 After running in the morning we then biked around Portland. That’s what you get for staying with an athlete. This is a view of Steel Bridge (Tobe’s favorite) from um… another one of Portland’s 14 major bridges. 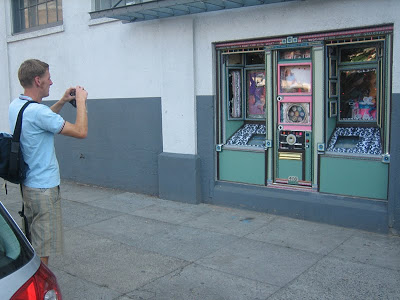 Tobe in front of the somewhat disappointing coin-operated 24-hour Church of Elvis, which you can’t actually get inside of (anymore). Nonetheless it was a great addition to our collection of random Elvis sites in unexpected places. Last time we visited the Brooklyn Army Terminal. 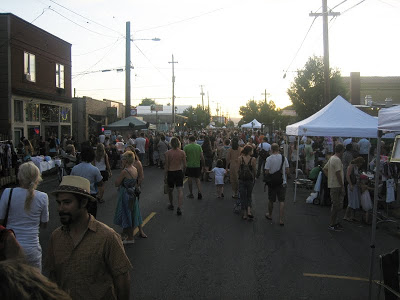 An event worth planning your Portland visit around (at least in the summer, I suppose) is the Alberta Street Last Thursday arts, crafts, performance, music, food fair. I wish I had taken better pictures, but they all turned out blurry (I’d like to blame the camera and the setting sun, not the “brown-bagged” St. Pauli Girl). You can find better pictures HERE. Managed to get a peak behind the curtain when we visited the warehouse of Film Baby, the company selling the home-viewing DVD of All God’s Children. Great to finally meet the people providing this excellent service. Big thanks to Jeff Bugbee and crew! 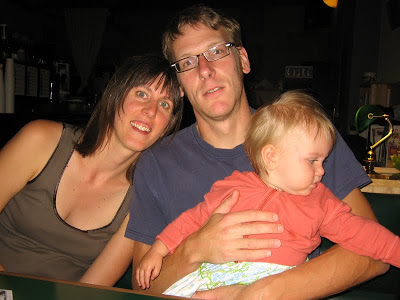 After another beautiful day exploring Portland with the entire family: first ever visit to a Trader Joe’s (did you know that’s a Germany company? Yup, the Aldi Brothers are behind it!) – brunch at Muddy’s – lots of 2nd hand stores and record shops – and yes, Portland has a striking amount of food carts – I almost forgot to mention from the day before: Powell’s Bookstore and then the Mexican restaurant which is attached to a strip club (did you know that Portland is also known for all it’s strip clubs?) – more coffee shops… now everyone’s tired and I have to say good-bye to Rachel, Tobe and Kaja. It’s the red-eye home for me.

2 Replies to “Train to Portland”