And I keep on jetting around the country… Last week I flew to Seattle for a screening of All God’s Children – and also managed to tag on a train trip down to Portland for a 2-day vacation. More about the Portland visit in another post. For now, here is the Seattle report.

After a wonderful salmon dinner (Alaska vs. Atlantic salmon – you fight it out) at Anthony’s on Elliott Bay with the Christman family Sunday night, Marilyn Shellrude Christman (one of the MKs featured in the documentary) surprised me with a phenomenal treat the next day: a road trip to Mount Baker-Snoqualmie National Forest. 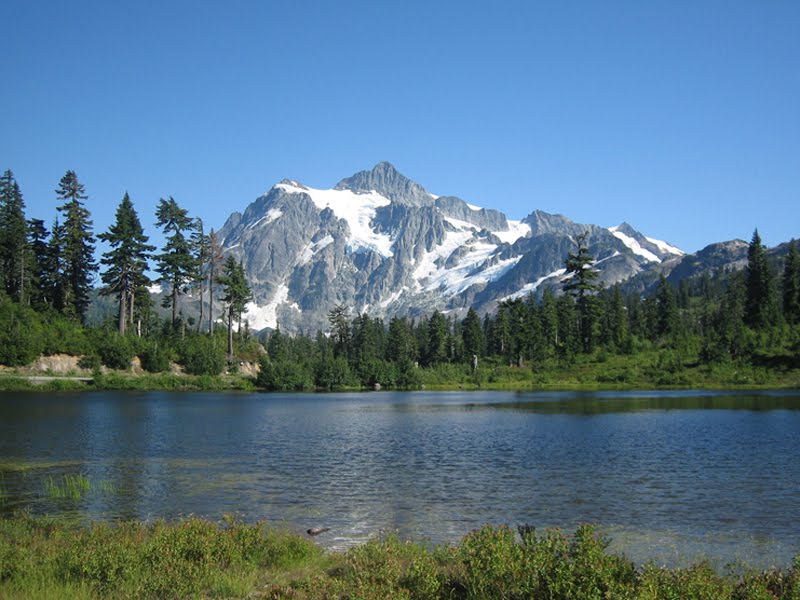 Although I never got it definitely confirmed, this appears to be Mount Shuksan above Picture Lake and not Mount Baker itself. Hard to say though – for someone from the flatlands of Germany all mountains kind of look the same: pointy, snow-covered and magnificent. Mount Shuksan from afar with one of the beautiful flowers that seem to be a Washington State staple together with the blackberries. 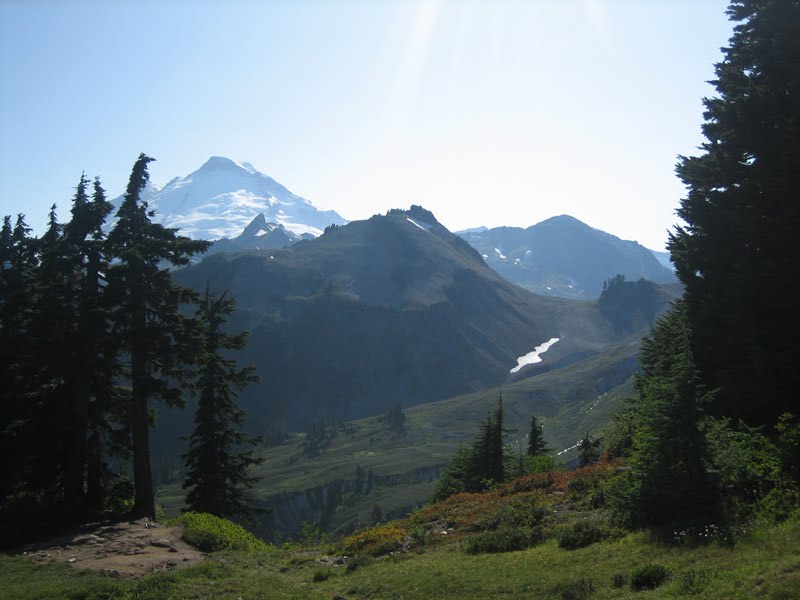 What I presume to be Mount Baker. Or are we already on Mount Baker and this is just another peak? The mysteries of mountain climbing. 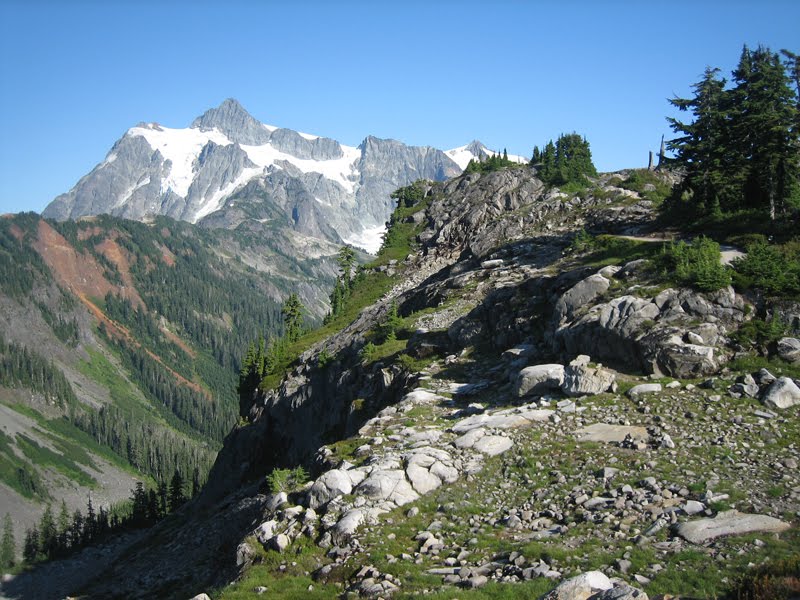 And we kept on going higher… Climbing near the mountains was a very empowering experience. The magnificence and beauty of the landscape gives hope that there is good and beauty in the world more powerful than the bad actions of mere humans. We got up high enough to touch snow… in August! As expected, it was as cold and wet.
Monday night and Tuesday I got to spend with my friend Katie, who grew up in Seattle, and now lives in Brooklyn. It was wonderful to see her mother again, meet more of her awesome family and see Seattle through her eyes.

The first thing we did Tuesday morning was to read the article about All God’s Children written by Janet I. Tu for the Seattle Times. It’s a very well-written article. But just as fascinating are all the comments. The popluation of Seattle seems to be quite, how should I put this, feisty? My kind of crowd. Of course, I don’t agree with all that’s being said and I was disappointed that the focus went away from the abuse survivors and children at risk and focused on a theological discussion instead.

Katie and I then went on a lovely and relaxing walk around Seward Park along Lake Washington (and ate black berries straight off the plant). Amazing to have these vistas in the middle of a city.

Next stop was the Olympic Sculpture Park – in a perfect setting between downtown buildings and the vastness of Puget Sound with big ships going by. 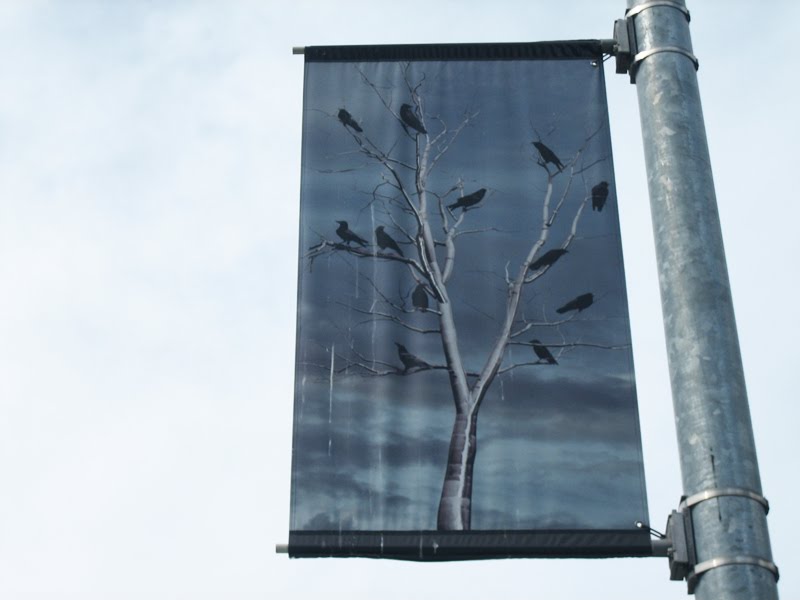 Outside the Olympic Sculpture Park hangs a flag displaying a photoshopped image of the Roxy Pain sculpture Split (which is a metal tree) with added bird images (not seen on the actual sculpture) – in turn the flag is attached to a metal lamp pole, which is often used by real birds, who seem to have left their real mark on the “fakery”. Sensitive art sign with Seattle’s most recognizable tourist attraction, The Space Needle, in the background.
After such invigorating vacation and exploring days full of inspiring conversations and beautiful sights, on Tuesday night it was finally time for the west coast premiere hosted by the Mercer Island Presybterian Church and FaithTrust Institute.

We had already met Rev. Dr. Marie Fortune at the SNAP conference – so it was wonderful to see her again and to finally meet Jane Fredricksen and Rev. Kathryn Jans of FaithTrust Institute. Our special thanks to them and everyone at Mercer Island Presbyterian Church for organizing this event.

Thank you also to Sarah Christman for manning our table and as always, the biggest thank you to everyone who showed up to witness and engage with the story of the Mamou alumni and to those who shared their own thoughts. 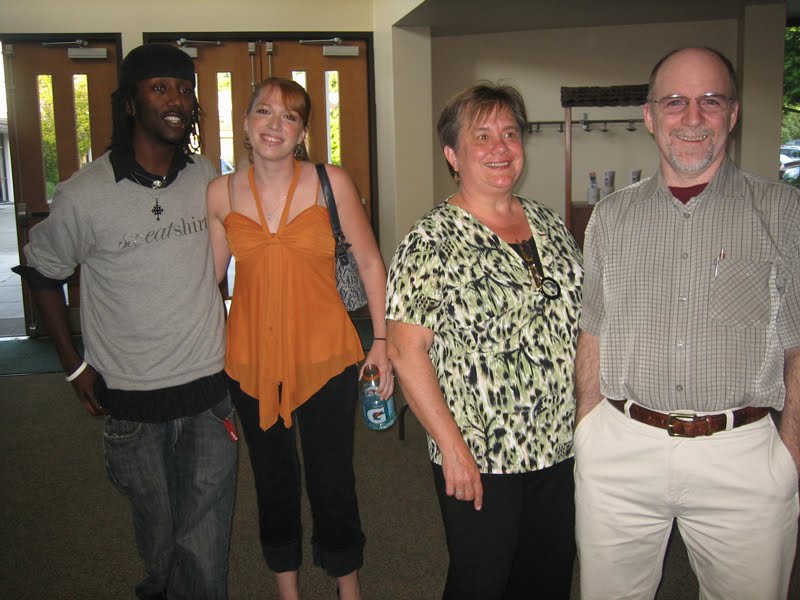 Marilyn Christman, together with her husband Shawn and daughter Sarah with boyfriend Verdale, at her local premiere. 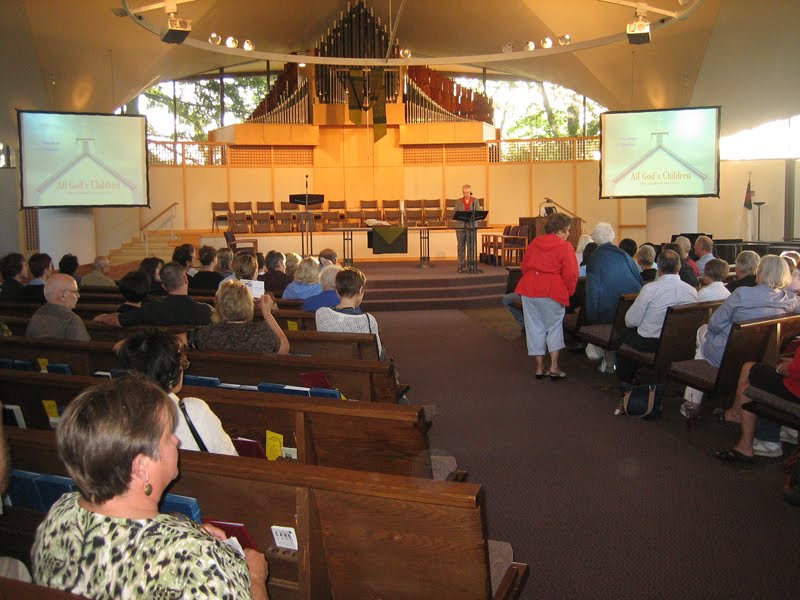 People are still arriving as FaithTrust Institute Founder Rev. Dr. Marie Fortune introduces the film in the beautiful Mercer Island Presbyterian Church.
Her knowledgeable input during the Q&A after the screening was enlightening and added a refreshing perspective.

With almost 100 people in attendance this was our second largest screening so far. Altogether this was an outstanding screening with a very receptive, thoughtful and warm audience eager to listen and share. We all were especially moved when an MK who attended Quito Alliance Academy courageously shared his own story. 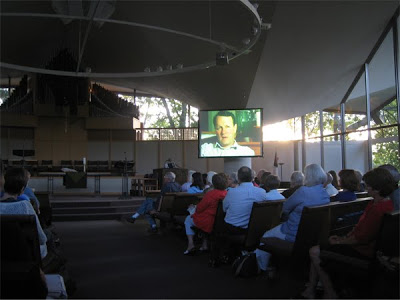 During the screening of the film the sun slowly set behind the large windows of the church (which emulates a tent) creating a fascinating atmosphere.

On the screen MK Keith Beardslee, who will attend the next scheduled screening at Dartmouth College in Hanover, NH (September 14).

One Reply to “Seattle Report”