The Moving Postcard World Travel Map is not just any kind of map, it’s a world scratch-off map… that my dear friend Judith Hecktor gave me earlier this year. I had been waiting for just the right time to shoot a time-lapse video for you to show you all the countries where I’ve shot Moving Postcard videos in chronological order…

As you see when watching the video, it’s not just a time-lapse video of me scratching off the countries and flags on the world travel map, but also a quick glimpse of a video from each of the 11 countries I visited (or lived in) during the 6 1/2 years of publishing Moving Postcard videos every week.
If you would like to see more 1-minute videos from these 11 countries, please check out the respective collections: Germany, Spain, USA, Czech Republic, Portugal, Thailand, United Kingdom, Brazil, Poland, Mexico, and Cuba.
Thank you so much, Judith, for this awesome map. You sure know how to find amazing and meaningful art work for my walls. (Insider info: my walls are graced by 4 different cool posters Judith has given me over time, one is an original El Bocho!!!) In return (?), there are also quite a few Moving Postcard videos featuring Judith…
At first, I was going to attempt separating out the different states of the USA. But since they were not drawn on the map (the borders of South Dakota are exactly where…?) and because I didn’t want to make the time-lapse portion of the World Travel Map video too long, I decided against it. But I did scratch off Alaska separately since that was the big trip I was waiting for before shooting this video.
Because I’ve also traveled some before shooting the Moving Postcard travel web series, I kept on scratching off countries after the portion in this video. I’ll probably publish the full clip as a behind-the-scenes video for my Patreon supporters…
The song in this video is “Boogie Woogie Bed” by Jason Shaw of Audionautix. He made this song available via the CC BY 3.0 license. Thank you so much, Jason, for your diverse music creations!
If you want to get your own world travel scratch-off map, there is quite a large selection on Amazon, including a Shacke map.
Um, on a side note: yes, I totally scratched off the flag for Syria at first when I intended to scratch off the flag for Spain. I fixed that in Photoshop when I thought I was just going to do a time-lapse of the map itself. But then Scott said, I should use the full clip with me in it… So instead of fixing all those shots, I’d like to focus on the fact that Syria has been so much on people’s minds this year. Making a video like this, reminds me of the luxurious life of freedom I get to lead. It’s in stark contrast to the suffering of people in war zones that cannot escape and the tragedy of refugees who feel forced to leave their home and then to make matters worse don’t feel welcome in the countries they escape to. I’m grateful for my life and appreciate it every day. My videos don’t solve world problems, they don’t even ease them. But I hope that the videos bring joy to those who cannot travel to the places I get to capture.

Butterfly, bloom, bee. Which one did you notice fi

More and more birds. Before and after the road tri

Transitioning Back - From Buildings To Birds - Wit

... the lake with its shaded shore and cooling wat

... a desert mountain... a huge dune without the s 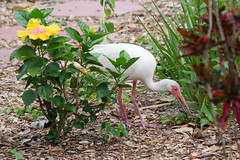 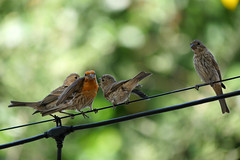 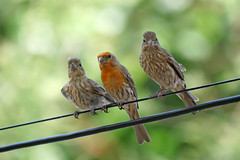 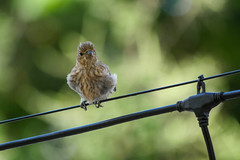